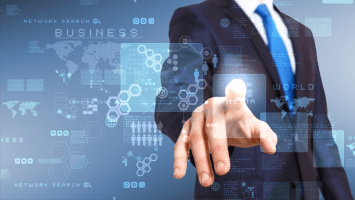 SEC and CFTC hearing on Blockchain and Distributed Ledger Technology

Earlier this month the United States Committee on Banking, Housing, and Urban Affairs met in open session to conduct a hearing entitled ‘Virtual Currencies: The Oversight Role of the U.S. Securities and Exchange Commission and the U.S. Commodity Futures Trading Commission’. The United States Security and Exchange Commission (SEC) and The Commodities Futures Trading Commission (CFTC) were present as witnesses to discuss their relative roles with respect to Blockchain, ICOs (Initial Coin Offerings) and virtual currency regulation in general. Prior to the hearing, testimonies from each of the parties were released wherein some light was shed on the overall stance adopted by these two entities towards the matters in question. In his written testimony, CFTC chairman Hon. Christopher Giancarlo conveyed considerable enthusiasm with regards to Blockchain and Distributed Ledger Technology (DLT) highlighting many potential benefits which can be derived from applying such technologies in various sectors. After indicating that DLT should be given increased freedoms to allow the technology to develop steadily, Hon. Giancarlo pointed out that legislative intervention would probably still be needed to avoid fraud and manipulation. That being said, his enthusiasm towards the potential of Blockchain and DLT was evident when he went as far as comparing DLT to the internet and stated that new technologies must always be given room to grow.

The Hon. Jay Clayton, chairman of the SEC, although not expressing the same level of optimism as Giancarlo, could not refute the role which virtual currencies had in the contemporary financial world. Clayton warned investors not to get blind sighted by their eagerness to invest before it’s too late since it is that same enthusiasm which fraudsters feed on. He continued by explaining that together the SEC and CFTC will strive to build a sturdy regulatory regime to ensure that DLT, ICOs and virtual currencies flourish. In relation to DLT, both the SEC and CFTC highlighted that the technology requires little regulation, unlike with ICOs, and anyone willing to expand on Blockchain and DLT is encouraged to do so.

With reference to ICOs and the issuance of tokens/coins, Hon. Clayton pointed out that any such issuance is to be considered a security stating that “You can call it a coin, but if it functions as a security, it is a security”. Clayton continued by saying that ICOs, due to their very nature, should be regulated more stringently than DLT since they are more susceptible to being manipulated or used as a vehicle to defraud investors. When asked how they suggest that ICOs can be made safer, both Giancarlo and Clayton agreed that effort must be put into educating the public about virtual currencies. Moreover, in terms of investor protection the SEC and the CFTC noted that they should exercise the authority vested in them to monitor the markets in order to avoid these new technologies being exploited by individuals with malicious intentions at the expense of genuine investors.

Disclaimer
This document does not purport to give legal, financial or tax advice. Should you require further information or legal assistance, please do not hesitate to contact Dr. Antoine Camilleri & Dr. Paul Felice