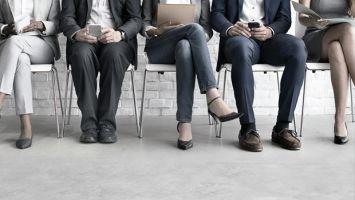 By Christine Calleja27th February 2018No Comments

In a recent judgment, Ville de Nivelles v Rudy Matzak, decided on the 21st February 2018, the Court of Justice of the European Union tackled the issue of ‘working time’ in terms of Directive 2003/88/EC concerning certain aspects of the organisation of working time, and provided guidance as to when being on-call must be considered as ‘working time’ within the meaning of the Directive, even if the worker is at home.

Rudy Matzak was a volunteer firefighter serving at Nivelles’ fire station. One of the conditions of service was that during periods of stand-by, fire-fighters had to remain at all times within a distance of the fire-station such that the period necessary to reach it did not exceed a maximum of 8 minutes. In its judgment the Court considered two different systems of being on stand-by /on-call – one which requires a worker to be contactable off the work premises and the other not only to be contactable but placed certain constraints on the worker.

The Court pointed out that the concepts of ‘working time’ and ‘rest periods’ are mutually exclusive – the stand-by time spent by a worker must be classified as either being working time or else a rest period. The intensity of the work and the output of the worker are not among the characteristic elements of the concept of ‘working time’. It had also been previously held that the physical presence and availability of the worker at the place of work during the stand-by period with a view to provide his services must be considered as the worker carrying out his duties. From the case-law of the Court, the determining factor of ‘working time’ is the requirement that the worker be physically present at the place determined by the employer and to be available to the employer in order to provide the appropriate services, immediately, in case of need. This is different from a system where the worker is on stand-by duty requiring him to be permanently accessible without however being required to be present at the place of work. In the latter situation the worker can manage his time with fewer constraints and pursue his interests. In those cases, only time linked to the actual provision of services is to be considered as ‘working time’.

In the present case, the obligation to remain physically present at the place determined by the employer and the geographical and temporal constraints which resulted from the 8-minute rule was such as to significantly restrict the opportunity for other activities and therefore was to be interpreted as ‘working time’.

This judgment sheds some light as to where the line is to be drawn between a work-period and a rest-period for those employers who adopt an on-call system. If the system places considerable restraints on the worker to not only be contactable by the employer but to be able to be present at the workplace at short notice to provide his service, then any stand-by period will have to be considered as working time in terms of this judgment.