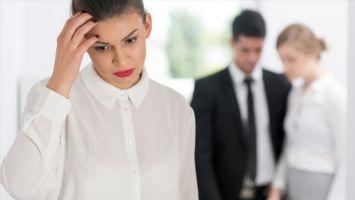 Limiting the applicability of post-termination restraints on employees in Malta

By Christine Calleja28th April 2017No Comments

The First Hall of the Civil Court delivered a judgment on the topic of post-termination of employment restrictive clauses, in the names of Cutrico Services Ltd vs Josef Penza (23rd February 2017). This judgment highlights the importance of careful drafting of employment contracts, in particular as regards restraints on the employees, since these can easily be considered as being against competition.

The defendants’s employment contract had contained a restrictive clause which provided that he was not, for his own account or for that of any other person, firm or company, solicit or interfere or endeavour to entice away from the Company any person, firm or company who were customers of or in the habit of dealing with the Company. It resulted that after his termination of employment with the plaintiff company, the defendant had carried out work for a client of the plaintiff company. The Company sued the defendant for damages resulting from the breach of the restrictive clause.

The Court quoted another judgment wherein the author Norman Selwyn was quoted. It had been held that whilst the employer is entitled to have limited protection against ex-employees dealing with existing customers, clauses which restrict the right to solicit or entice away clients or have dealings with them should be limited to customers with whom the ex-employee had dealings with during the period of his employment. Otherwise the restraint will be likely to be regarded as designed to prevent competition. The Court noted that the present clause at issue extended the restriction also to customers of the plaintiff company with whom the defendant had no dealings with or could have known about them during his employment. Therefore, the Court declared that the clause was without effect since it was too vague and could be deemed to be against fair competition