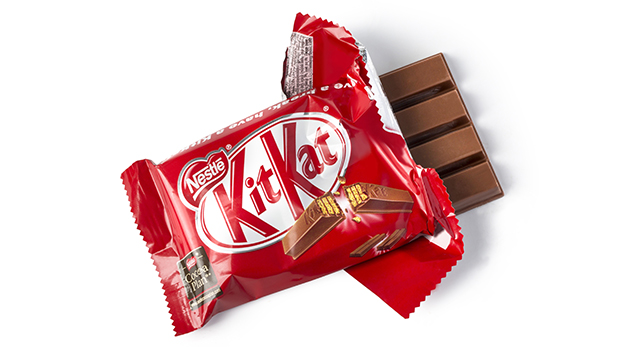 By Jonathan Tonna31st August 2018No Comments

Many people will by now have heard of Nestle’s loss at the EU’s highest court, marking the end of a long and arduous battle to secure EU-wide trademark protection over the four-trapezoidal-fingered shape of their famous KitKat bar.

It’s not often that trademark cases make the headlines across mainstream media, making this all very exciting for IP lawyers. But the whole thing did seem, at points, rather more like a race to get that “No Break for KitKat” pun-title out asap than an accurate assessment of the legal implications of the Court of Justice’s (“COJ”) most recent decision. Were matters different, the case might not now seem quite as significant a landmark in EU jurisprudence as one may have been led to assume.

So, was the outcome of the KitKat case more of an Eglise Saint-Roch than the full-blown Notre Dame?

First, a bit of backstory to set the scene. The parties in this dispute require little introduction. Between them, Mondelez International and Société des Produits Nestlé SA encapsulate some of the largest brands in the global confectionary sector; from KitKat, Smarties and Quality Street (Nestle) to Toblerone, Milka and Cadbury (Mondelez), which makes this case a very big deal for chocolate fans.

It all started with a trademark application, as EU trademark disputes tend to do. That application was filed by Nestle in 2002 in the market for “Sweets; bakery products, pastries, biscuits; cakes [and] waffles“, and here’s the trademark it contained: 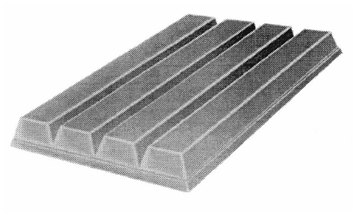 A veritable tower of documentary evidence spanning over close to 70 years of trade within the European market poured through the fax machines at the EUIPO until the office finally decided that they had seen enough.

Third party observations followed immediately. They were all shot down.

The EUIPO registers the KitKat shape in July 2006.

Nestle appeal to the Second Board of Appeal. They get the decision. Cancellation overturned.

Now in 2010 Mondelez International acquired Cadbury Schweppes PLC, along with its interest in the case. Chocolate buffs may be familiar with another four-fingered chocolate wafer confection known as the “LEO” bar, sold under the Milka brand (acquired by Mondelez in 1990). Needless to say, the American confectionary giant had good reason to take this case to the next level, which it did, appealing to the CJEU General Court in 2013 – successfully.Decision overturned.

So, Nestle and the EUIPO appeal to the COJ, where the proverbial buck stops. Sixteen years and hundreds of thousands of euros in legal fees later, the case now appears to have settled on a single issue which may well signal the end of the line for Nestle. [1] The issue might be summed up in the following two excerpts from last month’s COJ decision:

1. A mark [could] be registered under Article 7(3) of Regulation No [207/2009] [2] only if evidence [was] provided that it has acquired, through the use which has been made of it, distinctive character in the part of the [European Union] in which it did not, ab initio, have such character for the purposes of Article 7(1)(b).

2. The part of the European Union which, in accordance with Article 7(2) of Regulation No 207/2009, is sufficient for registration of a trade mark to be refused may be comprised of a single Member State.
So, what does that all mean exactly? Well, let’s break it down.

In excerpt (1) the court spells out, in slightly more obfuscating language, the rule in A. 7(2) of the EUTM Regulation, [3] which essentially states that a trademark may be refused registration even if it is non-distinctive in only “part of the European Union“.

Now, this may sound a bit strange to some readers who are perhaps unfamiliar with the EU trademark system, or for that matter the way things work in the EU in general. A useful starting point for all discussions concerning EU trademark law is that the EU is a political union comprised of 28 different countries (the word different being crucial here).

Cultural differences translate into differences in the way trademarks are perceived. The term “Sir”, for instance, would most likely be deemed a perfectly arbitrary term in the context of the market for cheeses in the UK, Germany, France and probably every other EU member state … except Croatia. In Croatian “sir” means “cheese” and would therefore almost certainly be considered too generic to be extended trademark protection in Croatia.

To cater to this reality, A. 7(2) of the EUTM Regulation provides that any absolute ground of refusal may be invoked against the registration of a trademark “notwithstanding that the grounds of non-registrability obtain in only part of the Union.“

This is the only way EU member states would get on board with a unitary trademark effective throughout the EU.

So, nothing exceptional about excerpt (1).

In excerpt (2), things get a little more interesting. Here, the court says that if one were to file an application for the mark “Sir” in the cheese trade, and if an objection were to be raised on the basis of non-distinctiveness in the territory of Croatia (and only in the territory of Croatia), that application would not be accepted, unless of course it could be proven the mark had acquired distinctiveness in the Croatian cheese trade.

Now, if you think this might pose a fairly formidable obstacle to registration for your average SME in the cheese trade, it pales in comparison to the challenge that Mr. Cheesemaker would face if he tried to register, say, a particularly interesting shape of one of his cheese products. And the reason for this is simply that the average consumer is not presumed to interpret shapes, colours, sounds and other unconventional marks as designations of trade origin in any part of the EU, meaning, in turn, that acquired distinctiveness must be proven in every part of the EU.

This, in a nutshell, is the gargantuan obstacle which ultimately defeated Nestle.

Now, to be absolutely clear; this is not new. In fact, in the two excerpts above from the KitKat case, the COJ is citing a well-known General Court decision (Storck v OHIM [4] ) involving the shape of a twisted sweet wrapper. That same case was referenced in a previous decision concerning a trademark application filed by another well-known name in the chocolate trade – Chocoladefabriken Lindt & Sprüngli – for their famous (alas, not quite famous enough) gold-wrapped, red-ribboned chocolate Easter bunny. [5]

The marks forming the subject of these two cases were denied registration for broadly – albeit in not quite so many words – the same reason as the one given in last month’s decision over the KitKat bar.The only real difference in KitKat is that a little more (arguably much-needed) fuss was made by the COJ over precisely what constitutes a “part” of the European Union.

The issue has indeed been clarified but, at least in the view of the present author, it is hardly unambiguous. Paragraph 80 and 81 of the decision are quite illustrative in this regard:

“[R]egions or parts of the European Union in which the acquisition of distinctive character must be shown are not predetermined, but must be established, whenever an application for registration is filed, for the goods and services covered by the trade mark in question.

… this does not mean that the absence of evidence in relation to Luxembourg alone would be sufficient to exclude the acquisition of distinctive character, when evidence has been provided for the other Member States. If, for the goods or services covered by the trade mark in question, Luxembourg is part of the same market as Belgium, France or Germany, and sufficient evidence has been provided for one such country which is part of the same market as Luxembourg, it would not be necessary to provide specific evidence for Luxembourg. That, in my opinion, is the meaning to be given to Article 7(2) and (3) of Regulation No 207/2009 and to paragraphs 60 to 63 of the judgment of 24 May 2012, Chocoladefabriken Lindt & Sprüngli v OHIM (C‑98/11 P, EU:C:2012:307).

Some would argue that the level of socio-economic insight required in order to make accurate assessments of the sort being described here is a bit too much to ask of EU court judges, let alone the examiners over at the EUIPO.

In any case, readers will not be faulted for thinking that EU judges have set an unreasonably high bar here. After all, if Nestle couldn’t get the job done with a chocolate treat as ubiquitous as the KitKat bar, what hope is there for other prospective trademark applicants?

Is Kitkat a debilitating blow to the future of the unconventional EU trademark?

Well, not as much as one might think. Unconventional trademarks are called “unconventional” for a reason.A. 4 of the EU Trademark regulation outlines the basic function of a trademark – to distinguish the goods or services of one undertaking from those of other undertakings. Unconventional trademarks are simply not very good at this. That, coupled with the strict parameters which are part and parcel of the unitary character of the EU trademark, makes the outcome of this case interesting, but not entirely surprising.

Unconventional EU trademark registrations have always been an anomaly. According to the EUIPO website, there are 11 million trademarks on their register. [6] Yet a search on their database reveals only 4,700 registrations for 3D shapes, less than 300 colour marks and only 200 sound marks. And those are the most popular “unconventional” categories.

Granted, some of these marks encapsulate some of the most well-known brands in the world. But, in a context such as this, to say that the decision in Kitkat will have a significant impact on the EU trademark landscape is slightly disingenuous. Add to that the fact that the clarity which the decision purports to provide does not appear to have filled in much room for interpretation and, at least from a purely legal point of view, there doesn’t seem to be a great deal left to fuss over.

But that, of course, is not to say that trademark lawyers oughtn’t to enjoy the spotlight for as long as they can.

Disclaimer
This document does not purport to give legal, financial or tax advice. Should you require further information or legal assistance, please do not hesitate to contact Dr. Antoine Camilleri or Dr. Jonathan Tonna.
Share Tweet Share