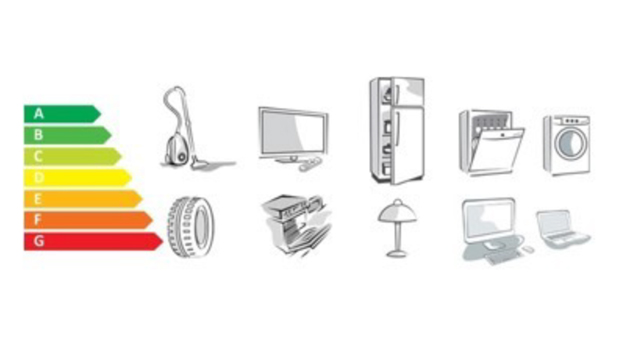 The Uniformity of ‘Energy Labels’ under EU Law

By Mark Soler3rd September 2018No Comments

The Court of Justice of the European Union (CJEU) has recently delivered a judgment on a preliminary reference relating to the labelling of energy-consuming products, or ‘energy labels’. In case c-632/16 the Commercial Court of Antwerp, in Belgium, was faced with the following problem. [1]

Dyson, the applicant, is a Belgian company that markets vacuum cleaners that are not fitted with a dust bag. BSH, the respondent, is a Dutch company that markets conventional vacuum cleaners, under the trade marks Siemens and Bosch, that are fitted with a dust bag. According to Delegated Regulation No 665/2013 all market vacuum cleaners must be labelled with an ‘energy label’ when sold to consumers on the retail market. BSH listed its vacuum cleaners as energy class ‘A’. Furthermore, apart from omitting the conditions under which the vacuum cleaners were tested for their energy label, BSH also added other labels, of all shapes and colour, which reproduced the information originally communicated by the energy label. This advertising went beyond what was strictly required by the relevant EU Directives on consumer protection and energy labelling.

In its first claim, Dyson argued that the use of the energy labels by BSH without specifying that they reflect the results of tests carried out with an empty dust bag amounted to an ‘unfair commercial practice’ or ‘misleading omission’ within the meaning of Directive 2005/29. According to Dyson, under normal conditions of use, the pores of the bag become clogged when it fills with dust so that the motor must generate more power to maintain the same suction over extended use. Therefore, Dyson argued that the energy labelling of BSH’s vacuum cleaners misled consumers insofar as these should be informed of the extra energy that BSH’s vacuum cleaners would consume to maintain their efficiency. By contrast, Dyson’s vacuum cleaners are not affected by a loss of energy efficiency under normal conditions of use since they do not use a dust bag. In other words, Dyson’s contention was that the technological difference between its own and BSH’s vacuum cleaners should, by law, be communicated to the final consumer within the strict confines of the energy label itself.

On the first claim, the CJEU ruled that BSH was not guilty of an unfair commercial practice by listing energy class ‘A’ on the energy labels of its vacuum cleaners. Even though the tests were carried out with an empty dust bag and were not in accordance with the normal use of a vacuum cleaner, thereby preventing the devices from being compared with each other where they operate in a different manner, no information relating to the conditions under which the energy efficiency of vacuum cleaners was measured may be added to the energy label. Delegated Regulation No. 665/2013, when read in light of Directive 2010/30, prohibits references other than, where appropriate, the reproduction of the EU Ecolabel from being added to the energy label. On the issue of whether BSH should have clarified the testing conditions of its vacuum cleaners in a place other than the energy label, the CJEU stated in very broad and incisive terms that “the conditions under which the energy efficiency of the model of vacuum cleaner concerned was measured cannot be deemed to constitute material information for the average consumer.” [2]

On the second claim, the CJEU ruled that Directive 2010/30 imposed the use of a uniform energy label so as to inform end-users as to the energy consumption of certain products during their use. The legislator then deemed it fit to promulgate Delegated Regulation No. 665/2013 to establish an exhaustive list of information, relating to the energy consumption of vacuum cleaners during their use, which must be brought to the attention of end-users by means of that energy label. [3] Labels or symbols other than those on the energy label are prohibited if they are likely to mislead or confuse end-users with respect to the consumption of energy or, where relevant, other essential resources during the use of the electric device. Although the propensity of additional labels to mislead the end-user is a question of fact for the referring court to decide, the CJEU made it quite clear that since the matter has been specifically harmonised by the legislator it is to be interpreted strictly. The mere fact that labels and symbols displayed by BSH refer to information already present on the energy label does not rule out the existence of such a risk, especially since they were not graphically identical to those used on the energy label and use a distinct graphic for each label, which could give the impression that they convey different information each time. [4]

[1] Dyson Ltd & Dyson BV v BSH Home Appliances NV C-632/16 (Judgment of the Fourth Chamber)
[2] Paragraph 43
[3] Paragraph 44
[4] Paragraph 63 of Advocate-General Saugmandsgaard Øe’s Opinion: “…the use by BSH of an orange label stating ‘AAAA Best rated: A in all classes’ in the circumstances of the main proceedings (19) is likely to prompt end users to believe that the model in issue performs better than a model without such a supplementary label.”

Disclaimer
This document does not purport to give legal, financial or tax advice. Should you require further information or legal assistance, please contact Dr. Richard Camilleri and Dr. Mark Soler.