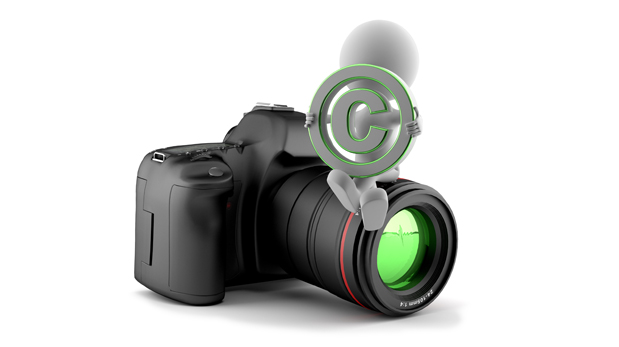 By Mark Soler8th September 2018No Comments

Early last month the Court of Justice of the European Union (CJEU) ruled that the reproduction of a photo on a website, not being the website through which the rightholder initially made that photo available to the public, constitutes a new communication to the public for the purpose of determining a copyright infringement claim.

In case C-161/17,[1] Mr Renckhoff brought proceedings before the Courts of Hamburg against the local authorities having the direct supervision of a secondary school. Mr Renckhoff was a photographer by profession and in 2009 it was possible for persons to access the school’s website which displayed a student’s presentation that included a photo taken by Mr Renckhoff. The student had downloaded that photo from an online travel portal (website) which did not restrict downloads of that photo.

Before the German courts, Mr Renckhoff sued for infringement of copyright on the basis that he granted an exclusive right to use the photo to the operators of the online travel portal. Further dissemination of the photograph, such as its display on the school website, infringed his copyright. The applicant sought injunctive relief on pain of financial penalties against the Land of North Rhine-Westphalia to stop reproducing his photo on the school’s website and to stop school students from reproducing the photo on the internet.

By his second claim Mr Renckhoff demanded damages of EUR 400 from the Land of North Rhine-Westphalia.

In the course of proceedings for judicial review, the German Federal Court of Justice (Bundesgerichtshof) posed the following question to the CJEU for its preliminary ruling:

‘Does the inclusion of a work — which is freely accessible to all internet users on a third-party website with the consent of the copyright holder — on a person’s own publicly accessible website constitute a making available of that work to the public within the meaning of Article 3(1) of [Directive 2001/29] if the work is first copied onto a server and is uploaded from there to that person’s own website?’

To answer that question the CJEU had to first decide the following preliminary issue which has now been well-settled by that Court’s jurisprudence. A photograph may indeed be protected by copyright, but it is for the national court to determine in each case whether it qualifies for such protection, having regard to the criteria laid down by the Court’s jurisprudence. In particular, the national court is to decide whether that photo (or, it is submitted, any other work) is the intellectual creation of the author reflecting his personality and expressing his free and creative choices in the production of that photograph.[2]

An ‘act of communication’ exists where a work is made available to a ‘public’ in such a way that the person forming that public may access it, irrespective of whether or not they avail themselves of that opportunity.[4] In the present case, the act of posting on a website a photograph previously posted on another website, after that photo was downloaded and copied onto a private server, was tantamount to an ‘act of communication’ within the meaning of Article 3(1) of Directive 2001/29/EC. An act, therefore, that the author should have been able to control despite the initial communication of his work, subject to the satisfaction of the element discussed below.

The next step in the two-pronged test is whether the communication was made to a fresh or new ‘public’, different to that originally taken into account and targeted by the author in making his initial communication.[5] This element is required to distinguish between initial and new communications to the public, since authors have a right, in principle, to intervene between possible users of their work and furthercommunications to the public which such users might contemplate making.[6] Moreover:

“To hold that the posting on one website of a work previously communicated on another website with the consent of the copyright holder does not constitute making available to a new public would amount to applying an exhaustion rule to the right of communication.” [7]

In other words, an author does not lose his control over his work by making an initial communication to a ‘public’ of that work on one website and he may, if he so wishes, prevent or require the cessation of new communications of that work on subsequent third-party websites.

Very importantly, this case was distinguished from that line of judgments of the CJEU which involves the use of hyperlinks that redirect the user to the website of original communication. Unlike hyperlinks, the publication on a website without the authorisation of the copyright holder of a work which was previously communicated on another website with the consent of that copyright holder does not contribute to the objective of disseminating information through the internet.

By allowing the student to post the copyrighted photograph on the school’s website, after downloading it from the website through which the author made its initial communication to the public, the Land of North Rhine-Westphalia was making such a work available to a ‘new public.’

Therefore, the CJEU replied to the original question in the positive.[8]