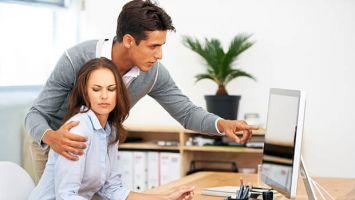 Sexual Harassment and Discrimination at the Forefront of the News

By Christine Calleja17th January 2018No Comments

The topic of discrimination and harassment featured prominently in last week’s international news. BBC’s former China editor, Carrie Grace, resigned from her post claiming pay discrimination based on gender, giving rise to the #IStandWithCarrie solidarity campaign. Meanwhile in Hollywood, during the Golden Globes, actresses wore black to take a stand against sexual harassment following the Harvey Weinstein scandal, in connection with the Time’s Up movement. Locally, in an article published by the Times on the 12th January, it results that three out of every four women are sexually harassed at work. What is more shocking is that the blame-the-victim mentality still features in the replies of those who participated in a survey, with a 32% believing that the victims of sexual harassment were at least partially to blame.

Maltese employment law prohibits discrimination and sexual harassment through various laws and regulations. The Equality for Men and Women Act and the Equal Treatment in Employment Regulations provide definitions of what constitutes harassment – basically unwelcome sexual conduct or request. Under Maltese law, the employer is deemed to discriminate against a person if the obligation to suppress sexual harassment is neglected. In order to be protected from sexual harassment claims being made by an employee, the employer needs to be in a position to prove that all necessary steps and effective measures were taken to prevent harassment from taking place.

What steps can the employer take? The most basic action which can be taken by the employer is to have a discrimination and sexual harassment policy in place. Such policies need to be accompanied by the appropriate mechanisms for the employer to be able to handle any grievances which may arise. Even if such internal procedures do not exist, the employer still has the obligation to provide a written report within ten working days from receiving a written notification of alleged discriminatory treatment received. Those employers who go the extra mile and fulfil all the criteria set by the National Commission for the Promotion of Equality, by having in place the required policies and procedures, can apply for and be awarded the Equality Mark – a declaration by the employer that it has made gender equality one of its core values. More information regarding the Equality Mark can be found on the NCPE’s website

Disclaimer
This document does not purport to give legal, financial or tax advice. Should you require further information or legal assistance, please do not hesitate to contact Dr. Christine Calleja