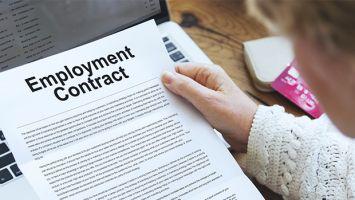 By Christine Calleja22nd November 2017No Comments

In a Court of Appeal judgment dated the 27th October 2017, in the names of Paul u martu Mariella Mizzi kif ezercenti l-kummerc that l-isem “The Foto Grafer” v David Serracino et, the court considered a clause in a contract which effectively bound an employee to his employer for a period of at least two years of employment, failing which the employee was liable to pay to the employer the sum of Lm10,000. This sum was to be repaid back in view of the investment made by the employer to train the employee for the initial two years and in part as indemnity for breach of contract. The defendant ex-employee appealed the judgment of the first court which had held that the clause was enforceable.

The court of appeal considered the clause at issue to be tantamount to a penalty imposed on the employee. It held that under the applicable law at the time (similar to the present law) in order to impose a penalty on the employee, such penalty had to be approved beforehand by the Director of Labour, which approval was not sought in this case. Since approval was not obtained, such a clause was in violation of the law and as a consequence was null and without effect.

The Court quoted another judgment of the Court of Appeal dated the 29th March 2012 in the names of Mark Bugeja v Geoffrey Camilleri where the court had considered a post-termination of employment restraint and had held that such a clause was against public policy in view of the fact that the approval of the Director had not been sought beforehand.

​Disclaimer
This document does not purport to give legal, financial or tax advice. Should you require further information or legal assistance, please do not hesitate to contact Dr. Christine Calleja.