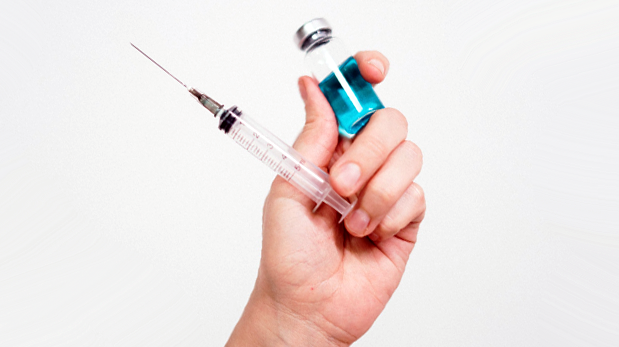 IP Hurdles in the Race for a Covid-19 Vaccine?

By Jonathan Tonna12th June 2020No Comments

Perhaps the most common complaint about modern legal systems is that they stifle justice for want of simplicity. Lately, however, it seems that what most people had simply regarded as a disappointing (some might say necessary) feature of the law, has become a real and immediate danger. After all, every day wasted on regulatory bureaucracy in the pursuit of a globally available vaccine represents thousands more human lives lost to the disease. Now it is not merely justice that the legal system may stifle, but the availability of treatments for a deadly global pandemic.

One of the first commitments the United States, for instance, made in response to this crisis was to remove any “red tape” that stood in the way of a working vaccine. This may or may not quell the anxieties of American citizens, but precisely what red tape can be reasonably torn down is anybody’s guess. At what point can one say that the potential risks of a rushed and clumsily approved vaccine are outweighed by the certain risk of further spread of the disease? The answer to that question is virtually unanswerable, even with the benefit of hindsight.

Leaving aside public policy; what about the obstacles emanating from private law? What about intellectual property?

Whilst the likelihood is that we will have to wait a good deal longer than one might think – and certainly longer than one wants – for a globally available vaccine, the likelihood that intellectual property rights will be a significant impediment will probably turn out to be a fear that was never worth having.

It should have dawned on everyone by now, that most modern legal systems were not designed with a global pandemic in mind. “Special” regulations have been issued across the board in response to the threat, even turning many free democracies into de facto police states overnight. This is by no means a slur on nations that have resorted to such measures. The point, rather, is that if most of the world’s most powerful countries have agreed that this crisis demands the most extreme restriction of even the most basic freedoms, it is hardly unreasonable to expect that intellectual property laws could not be just as swiftly and easily “streamlined”.

Let us first be clear about what the drug patenting process does not do. It does not delay the availability of medicines. The health and safety protocols that must be followed before a drug is authorised for sale on the market are typically much more rigorous and time consuming than anything one might encounter during the patenting stage, which is why the entire patent process typically runs its course long before a pharmaceutical drug is put on the market. This is not to say that hiccoughs do not occur, as they do in every bureaucratic system. But the patent system itself does not present a systematic risk of delay.

However, the economic implications of bestowing a proprietary claim over the cure for the disease is another matter entirely. On this point, the fear is not entirely unjustified. Particularly in the midst of what many believe to be the biggest challenge to the global economy since World War II, the threat this possibility presents is significant. Who would be able to afford to get vaccinated, given the immense size of the demand and limited supply?This question is particularly relevant in countries where such medicines are not purchased by the state and then dispensed freely to the public, but even then citizens cannot escape the economic strain on the public service in acquiring the vaccine.

So, the economic threat is very real. Understand, however, that this threat does not emerge from patent law, but from the free market. The threat is not in the proprietary claim itself. The real danger is when the free market dictates the price of vaccination.

As much as many believe it should be so, businesses are not interested in servicing the largest number of people at the lowest sustainable cost. A pharmaceutical company, unbridled by regulation, will create as much of a drug as they can sell at the highest price customers are willing to pay. If they lack the means to create the supply to match the demand and bring prices down, prices may well remain high for a long time, restricting the availability of the vaccine.

Fortunately, there is a legal mechanism in place to alleviate the problem. Patent holders can grant another business a license to manufacture and sell a patented product subject to a license fee. This enables a patent holder to access other factors of production and partake in a much greater pool of profits, whilst simultaneously bringing the cost to the consumer down by increasing supply.

Now, rarely is it the case that a single medicine is in such intense and widespread demand. Licenses are no more immune to free market forces than the medicine that is being licensed. In other words, there is nothing stopping a business from, say, charging exorbitant license fees if the licensee is content that its margins would still be satisfactory provided that the product is sold at “the right price”.

When the value of a patented product is dictated purely by market forces, there is no guarantee that everyone, or, indeed, that most people, will be able to afford it. This is the cost of creating economic incentives through intellectual property rights. But the problem this creates is several orders of magnitude greater in the pharmaceutical sector, precisely because there exist medicines some people would pay any price to acquire. Look no further than the Valeant Scandal or the curious case of Martin Shkreli for a stark illustration of how bad this problem can really get.

Demand may not always be widespread but it is, in many cases, intense – especially when life-saving medicines are concerned. In the case under discussion, the demand is both intense and widespread. Now, one could argue as to whether there exists a more efficient, perhaps more egalitarian, system that can create just as powerful an incentive for the development of life-saving medicines. But the reality is that a sudden global shift to a more Marxian point of view on the subject of patent rights in the pharmaceutical sector is not in the books.

So, what can be done? The answer to this question is sure to be highly nuanced and requires careful deliberation by the world’s legislators and top officials which, unfortunately, is precisely the luxury that this crisis does not permit. Thus, a more pertinent question would be: what is most likely to happen?

It is extremely unlikely that a Covid vaccine will be declared “off-limits” as far as patentability is concerned. Picture a scenario where a major American, British or German pharmaceutical giant develops the first known cure for Covid-19. How likely is it that the government will step in to make that cure freely available worldwide after it is discovered? Probably not very likely.

Here’s another scenario: Imagine a counterpart patent application for a Covid-19 cure is received in, say, Italy (bear in mind that such an application would contain a detailed description of precisely what the cure consists of). How likely is it that the Italian authorities would agree to protect such a patent, barring some kind of agreement with the patent holder to service Italian citizens at a reasonable price? Would it or would it not be much simpler, at that point, for Italian pharmacologists to simply develop the vaccine themselves once the patent is disclosed, assuming they have the means to do so?

The simple fact of the matter is that intellectual property laws are more likely than not to be side-lined one way or another. If it cannot be managed within the confines of the law, it will be done by “special regulation”.If experience has taught us anything so far, it is that one should not expect the would-be response to be uniform, coordinated or pre-planned. But when the chips are down, the likelihood that a lowly patent will stand between politicians and the social stability they are sworn to preserve is – in a word – low.