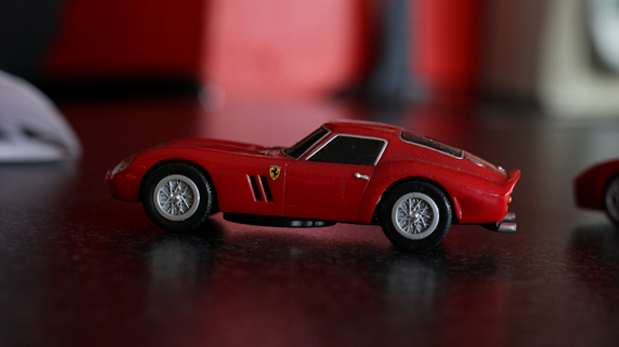 By Jonathan Tonna10th July 2020No Comments

Hardcore car enthusiasts (or just casual followers of the Top Gear series) know that the Ferrari 250 GTO is the holy grail of the automotive world – a car so valuable and revered that Jeremy Clarkson himself was denied the privilege of driving it. It remains, as far as the present author is aware, the only car to have ever featured on that show that was never actually driven – only displayed, rather teasingly, on the infamous test track.

It comes as no surprise, then, that intellectual property has suddenly become a subject of much discussion across publications in the automotive world. Lawyers in medium to large firms often wonder why their colleagues in the IP department seem rather more, shall we say, “eclectic” than your average attorney. And the answer probably lies in this uniquely transmutable feature of intellectual property – namely that it is something that can go from ne’er a fleeting thought in a person’s mind to something of sudden and tremendous importance, regardless of who you are or what you do.

The recent decision of the EUIPO concerning Ferrari S.P.A’s 2008 shape mark (that’s EUTM No. 006543301 for anyone interested enough to look it up) is hardly of tremendous importance, being a mere first instance decision, but it is quite interesting, if for no other reason than the fact that it covers the shape of the most valuable car … in the world.

The cancellation request by Ares Performance AG was only partially upheld. The mark will remain on the EUTM register. So, headlines reading “Ferrari Lose 250 GTO Trademark” are not entirely accurate, particularly bearing in mind that Ferrari are still technically in time to appeal the decision. That being said, if the decision is final, the majority of the products for which the 250 GTO mark was originally registered will be removed (barring a successful appeal by Ferrari S.P.A, which seems unlikely).