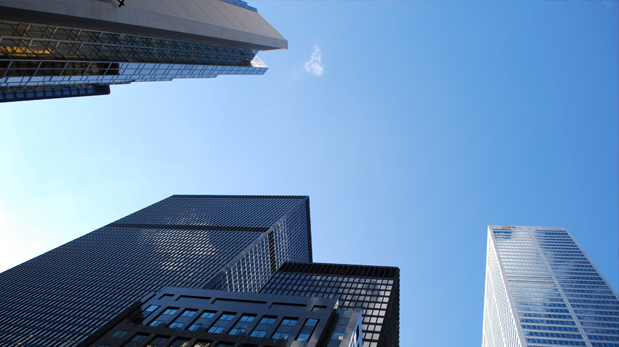 Amendments to the Companies Act

By Michael Psaila5th July 2020No Comments

On the 23rd June 2020, the President, on the advice and with the consent of the House of Representatives, enacted the Companies (Amendment) Act, Act number XXXI of 2020 (the “Amendment Act”), which introduces certain amendments to the Companies Act, Chapter 386 of the Laws of Malta (the “Act”).

The Companies (Amendment) Bill (the “Bill”) was previously tabled before the House of Representatives by the Minister for the Economy, Investment and Small Businesses on the 13th May 2020. This Bill was reported in a previous article.

Ineligibility for appointment as director or company secretary

Article 142 of the Act currently provides that a person shall not be qualified for appointment or to hold office as director of a company or company secretary if:

(a) he is interdicted or incapacitated or is an undischarged bankrupt;

(b) he has been convicted of any of the crimes affecting public trust or of theft or of fraud or of knowingly receiving property obtained by theft or fraud;

(c) he is a minor who has not been emancipated; or

(d) he is subject to a disqualification order.

While previously, Article 142 did not include any reference to periods of ineligibility, the Amendment Act has introduced a list of different periods for which the ineligibility under para (b) is to remain in force, depending on the severity of the offence that the person would have been convicted of.

The Amendment Act also introduced a new sub-article (4) to Article 142 which gives the Registrar the discretion to restrict a person from being appointed as a director or company secretary if he is or has been a director or secretary of an existing Maltese company in relation to which he has breached the provisions of the Act for 3 times within a period of 2 years, that shall be reckoned from the first breach, and he is still in default as to one or more of such breaches.

It ought to be noted that the Bill had proposed that this ineligibility or disqualification was to arise automatically, however the legislator opted to introduce an element of discretion for the Registrar. Moreover, while the Bill proposed that the officer must have been in breach of the Act for a third ‘consecutive’ time in a period of 2 years to be reckoned from the first breach, the Act no longer refers to the concept of consecutive breaches but provides that the person in question must still be in default with respect to at least one of the breaches. Consequently, if an officer is able to cure the breaches giving rise to his ineligibility to act as a director or company secretary he would not be subject to the disqualification.

The effects of this amendment could be extremely far-reaching in that even certain minor breaches that are committed by companies of which a person is a director or secretary – including breaches that simply arise as a result of a disagreement between the officers of a company – could result in that person not being eligible to hold the post of director or secretary of any company.

It ought to be highlighted that the law is silent on the severity of the breachesand that there are no provisions indicating the period for which such ineligibility would last but one would expect the Registrar to exercise the discretion granted to him by this provision in a reasonable and proportionate manner. Moreover, the new Article 142 (5) allows for an aggrieved director or company secretary to bring an application before the court against the Registrar for the removal of any such restriction. The absence of guidelines on the parameters for the exercise of the Registrar’s discretion under Article 142(4) means that the grounds for such challenge are unclear.

Article 320 of the Act provides that the Court, upon the application of the Attorney General or the Registrar of Companies (the ‘Registrar’), may make a disqualification order against any person who is found guilty of an offence under the Act (other than an offence punishable only with a fine) or who has infringed any requirement of the Act with the consequence that the person becomes liable to contribute to the assets of a company or becomes personally liable for the debts of the company.

The Amendment Act has introduced a new provision which now also gives the Official Receiver the right to apply for any such order.

Moreover, a new ground similar to that in Article 142(4) has been introduced.

In what appears to be a reaction to the COVID-19 pandemic and the anticipated effects it will have on companies operating across all areas of the economy, the Amendment Act introduces provisions empowering the Minister to make regulations that will suspend the right of any person to file a winding up application against a company and to suspend – even retrospectively – the provisions on wrongful trading.

The Amendment Act also introduces a new provision which was not previously proposed by the Bill whereby the Minister may also make regulations for the better carrying out of the provisions of Article 223 of the Act (relating to the deemed dissolution date), and may, by such regulations prescribe new rules in relation to the deemed date of dissolution of a company.

While this is only a preliminary step, it would therefore appear that there are plans for certain provisions in the Act relating to insolvency and winding up of companies to be amended in a manner that will seek to protect certain distressed companies and their officers with a view to allowing them to trade out of a precarious financial situation that was brought about by the COVID-19 pandemic.

Naturally, the extent to which these laws will be amended is still to be seen and it will be very important for the right balance to be struck between the needs of businesses that are in distress and the rights of their respective creditors.

Transitory provisions as to winding up of commercial partnerships

In order to address the logistical difficulties encountered by companies in the COVID-19 pandemic, the Amendment Act empowers the Minister to prescribe regulations for electronic filing and/or electronic signing of notices required by the Act, electronic signatures, the issuing of electronic certificates, letters, and any other documents issued by the Registrar and any other ancillary matters.

Moreover, the Amendment Act authorizes the Minister to make regulations which:

(i) extend the term for the holding of the annual general meeting and for the laying and approval of accounts;

(ii) provide for suspension of any periods for the holding of general meetings, whether ordinary or extraordinary; and

provide for the holding of virtual annual general meetings and other meetings.