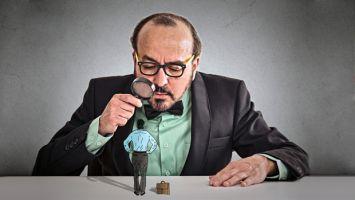 Employers Beware before ‘Spying’ on Employees!

By Christine Calleja5th September 2017No Comments

In a case decided last year, in the famous case of Barbulescu v Romania, the ECHR had found that there had been no breach of the employee’s right to privacy when his employer dismissed him over private messages sent at work on the Yahoo messenger system set up by the same employer for work purposes. The employee’s private online exchanges were being monitored and recorded by his employer. Personal use, such as that made by the employee, was in violation of the employer’s internal regulations. The employer had proceeded to terminate his employment with the local Romanian county court, and the Court of Appeal, declaring that his dismissal had been lawful.

The employee instituted proceedings before the ECHR claiming that there had been a violation of his right to private life under Article 8 of the Convention when the domestic courts had failed to revoke the decision of the employer to terminate his contract, which decision was based on a breach of his right to respect for his private life and correspondence.

The Court had held that article 8 was indeed applicable to the present case, having regard to the nature of the applicant’s communications and the fact that a transcript of these communications had been used as evidence in domestic court proceedings. The ECHR went on to determine whether the national authorities had struck a fair balance between this right to private life and correspondence and the interests of the employer. The ECHR considered that the courts had found that the employee had committed a disciplinary offence by using the internet for personal purposes during working hours. They also considered that the employer had accessed the contents of the applicant’s communications after the employee had declared that he had used the account only for work purposes. Moreover, the monitoring activities had been limited only to the use of the Yahoo messenger. It concluded that there had been no violation of article 8 of the Convention.

Mr. Barbulescu’s case was referred to the Grand Chamber of the ECHR after the Grand Chamber accepted his request for fresh consideration. The Grand Chamber delivered its judgment on the 5th September 2017. It noted that the employee had indeed been informed of the ban on personal internet use but it was not clear whether the employee had been informed before the monitoring of his communications that this monitoring was to take place. It also did not appear that the employee was informed in advance about the extent and nature of the monitoring activities taking place or about the possibility that the employer could have access to the actual contents of his communications. The Grand Chamber concluded that the domestic authorities had not offered adequate protection to the applicant’s right to respect for his private life and correspondence which resulted in a violation of article 8 of the Convention.

What is interesting to employers is the specific guidance given by the Court to the national courts in order to determine whether monitoring of employees’ communications was justified. The courts are to consider the following: