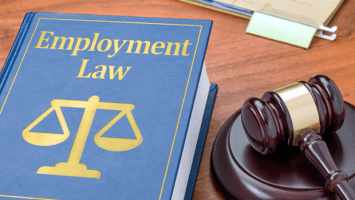 By Christine Calleja11th April 2018No Comments

In the case of Brian Schembri v National Orchestra Limited, which is currently pending before the First Hall of the Civil Court, the ex-employee sued the employer for payment of three years’ salary according to contract, in view of the fact that the employer had terminated the employment contract. In a rather interesting twist, the employer not only defended its position by arguing that it had terminated the contract for sufficient reasons, considering also that the employee himself had abandoned his employment, but it filed a counter-claim against the employee claiming damages suffered as a result of the ex-employee’s actions.

The preliminary judgment which was delivered by the Court on the 27th March 2018 focused on the preliminary plea raised by the employee – the plea of lack of jurisdiction of the Civil Court. The employee argued that in order for the Court to decide on the counter-claim of the employer, it had to examine the issue of whether the dismissal was fair or not, which was a matter which fell within the exclusive jurisdiction of the Industrial Tribunal.

The Court examined a number of judgments on the issue of the Tribunal’s jurisdiction. It stated that the issue before it was not whether the termination of employment of the plaintiff was fair or not. The issue was whether the plaintiff was entitled to be paid the penalty which had been established in the employment contract. The employer defended itself by claiming that the employee had no good and sufficient cause to terminate employment and therefore was not entitled to any payment. As a counter-claim, the employer had requested damages in view of the fact of the unlawful termination of the contract by the employee who had abandoned employment, for which counter-claim the plaintiff had raised the plea of jurisdiction. The Court reasoned that the premise on which the plaintiff was requesting payment and the defendant was requesting to be paid damages, was based on the issue of whether the contract between the parties had been terminated for a good and sufficient cause. The Court held that there could not be a situation where the issue is dissected in such a way that a party seeks a remedy before one court and the other party would have to seek a remedy before the Tribunal – the Court had jurisdiction to decide both the main application and the counter-claim.

The case will now continue to be heard before the First Hall of the Civil Court on the merits. It will definitely be interesting to see to what extent an ex-employee may be held liable in damages by his ex-employer for his past actions as an employee.