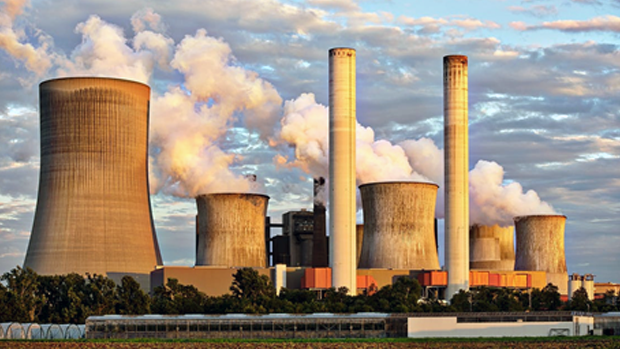 By Mark Soler8th March 2021No Comments

On the 4th March 2021, the Seventh Chamber of the Court of Justice of the European Union issued its decision on an important matter related to the breach of ambient air quality legislation by the UK government (European Commission v. United Kingdom of Great Britain and Northern Ireland, c-664/18). This case is only one among several others filed by the Commission against EU Member States, including France, Italy, Bulgaria and Hungary.

Directive 2008/50/EC on ambient air quality and cleaner air for Europe required Member States of the EU to adopt the air pollution limits contained within its Annexes by the 11th June 2010. The main objective of this Directive is to reduce, among other things, emissions relating to industrial processes, the exhaust of heavy-duty vehicles and the sulphuric content of fuels. As a primary measure to achieve this reduction, Member States had to draw up ‘air quality plans’ for zones and agglomerations within which concentrations of pollutants in ambient air exceeded the air quality target values or limit values set by the legislation.

In particular, Annex XI to the Directive sets out the overall limit values for nitrogen dioxide (NO2): in concrete terms, the concentration levels of NO2 in the ambient atmosphere of a particular zone or agglomeration (i) cannot exceed 200 μg/m3, for more than an hour, more than 18 times in any calendar year (hourly limit)and (ii) should average not more than 40 μg/m3 in any calendar year (annual limit). Under Article 23(1) of the Directive, in the event of any exceedance of air quality targets, the air quality plans have to provide for appropriate measures so that the exceedance period is kept as short as possible. Exposure to NO2 is to be kept to a minimum due to its damaging effects on human, animal and vegetal health. In significant doses the chemical may cause respiratory and cardiac problems, and is known to seriously affect persons with asthma. The principal source of NO2 is the burning of fuel by vehicles (especially diesel engines), equipment, powerstations and factories.

In its early communications with the UK, the European Commission noted that the NO2 limit values in various zones within the country were persistently being exceeded since 2010. The geographical zones included some of the more industrialized areas of the UK, such as the Greater London urban area, the Greater Manchester urban area, the Glasgow urban area and the East Midlands urban area. Measures contained in the air quality plans for the zones in question were completely insufficient and could not attain the limit values imposed by Annex XI. Further efforts by the UK government to revise its plans also proved unfruitful (after the Secretary of State for the environment was ordered twice by England’s top courts to update its plans).

In 2018, the European Commission brought infringement proceedings under Article 258 of the TFEU against the UK seeking two declarations:

With respect to the first declaration sought, the Court observed that the fact that a limit value for pollutants in ambient air is exceded is sufficient in itself to found an infringement action. Most of the evidence produced was sourced from the UK’s own reports which were drawn up in accordance with the Directive. In the Greater London area, which seems to be the hardest hit, the annual limit was persistently exceeded by a value more than three times that set by the Directive. Likewise, the hourly limit value for the Greater London area was also exceeded over a number of years by at least 300% of the value laid down by the Directive. According to certain analysts these values mean that the city of London’s air pollution level is similar to that of New Delhi, Beijing and Paris. London is therefore one of the most polluted cities in the world where more than 9,000 persons die prematurely due to related health issues (Financial Times Report, Air Pollution: why London struggles to breathe, 21st August 2018).

The pleas made by the UK government that: (i) other Member States were also guilty of infringing the Directive and that (ii) the situation in the UK was made worse by the German diesel scandal and the ineffectiveness of EU-wide regulations relating to the type approval of motor vehicles, were discarded as being irrelevant to the issue of a Member State’s overall compliance with the obligations of the Directive (these being “obligations de résultat”).

The UK was also condemned in relation to the second declaration sought. Under this part of the infringement action, the European Commission had to prove that the UK did not keep its exceedance periods as short as possible. Here, the Court held that a breach of Article 13 of the Directive has a direct link with a breach of Article 23(1) of the Directive since where exceedances are of a certain magnitude these may serve as evidence that a Member State has not taken the required measures to shorten the period of exceedance. In the present case, the magnitude by which the limit values were exceeded was considerable. Moreover, the air quality plans (adopted to ensure compliance with limit values in vulnerable zones) contained a number of defects such as omissions of certain mandatory information and insufficient detail in the description of the measures adopted. Notably, the plans provided for a time period for attainment of the limit values which was too long (the plans foresaw compliance with NO2 limit values by earliest 2020 and, in the case of the Greater London urban area, 2025). In the Court’s view, these periods manifested the lack of ambition of the UK government in its adoption of a clean air policy.

The UK was therefore ordered to pay its own costs as well as those of the European Commission, and may now be subjected to financial penalties for its non-observance of EU obligations. However, with the UK no longer forming part of the EU, questions relating to the enforcement of those penalties may likely arise in future.