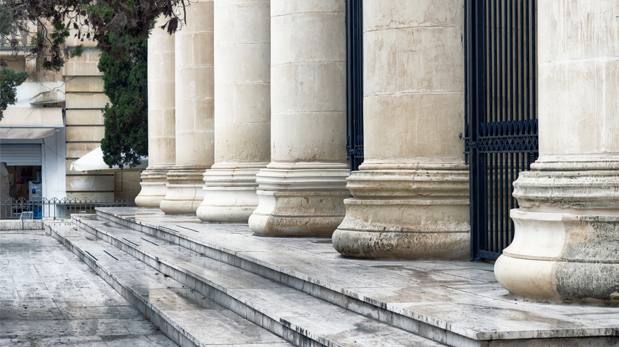 By Annalies Muscat18th October 2018No Comments

This article was written by Dr Annalies Muscat and Dr Laura Spiteri.

On the 8 October 2018, the Constitutional Court handed down its decision in Thake et vs Electoral Commission et.The main issue in this case was whether the procedure laid down in the Financing of Political Parties Act (‘the Act’) violates Article 39 of the Constitution and Article 6 of the European Court of Human Rights (‘the ECHR’). The plaintiff political party had filed a case before the First Hall in its Constitutional jurisdiction arguing that the functions of the Electoral Commission (‘the Commission’) as an investigator and judicial authority with the power to impose substantial fines in terms of the Act violates the right to a fair hearing because the Commission is not a court.

The First Hall first found that although the Act describes the fines which could be imposed by the Commission as administrative, the nature of the offence as well as the severity of the fines meant the offence was of a criminal nature. However, sincethe parties were at liberty to file an application before the First Hall Civil Court, and, subsequently, the Court of Appeal, to appeal from the decision issued by the Commission, it concluded that the requisites of Article 39 of the Constitution, as well as the requisites of Article 6 ECHR, are satisfied.

On appeal, the Constitutional Court overturned the decision of the First Hall observing that despite the Commission being a constitutional organ given the authority to investigate and penalise a political party when it breaches the law, it remains subject to the scrutiny of the fundamental rights protected by the Constitution and the ECHR. This is especially so when the administrative fine imposed by the Commission has the nature of the criminal penalty which falls within the remit of Article 39(1) of the Constitution. In this regard, in terms of Article 39 of the Constitution, the allegation of a criminal offence has to be heard, from the commencement of proceedings, solely by a court and not by any other judicial organ. Extensive reference was made to the Constitutional Court judgment in Federation of Estate Agents vs Director General (Competition) et (read more here)

Disclaimer
This document does not purport to give legal, financial or tax advice. Should you require further information or legal assistance, please do not hesitate to contact Dr. Richard Camilleri and Dr. Annalies Muscat.