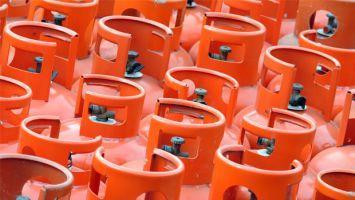 By Richard Camilleri3rd January 2017No Comments

In a decision in the names Uffiċċju għall-Kompetizzjoni Ġusta v Korporazzjoni Enemalta et handed down on 4 October 2016, the Competition and Consumer Appeals Tribunal (“the Tribunal”) found that the various gas distributors, the GRTU, an association which represented the said distributors, and Enemalta plc, then Enemalta Corporation (“Enemalta”) had breached the competition rules by dividing Malta and Gozo into various ‘territories’ for the purpose of distributing LPG in cylinders. These various undertakings and association of undertakings were therefore found to have breached Article 5(1) of the Competition Act (Cap. 379 of the laws of Malta), and Article 101(1) of the Treaty on the Functioning of the European Union (“TFEU”). The Tribunal however found that Liquigas Malta Limited, which acquired the business of LPG supply and distribution from Enemalta, had never participated or formed part of this agreement.The matter arose in relation to a standard agreement signed in 1992 (“the Standard Agreement”) between the various gas distributors and Enemalta, whereby each gas distributor was granted an exclusive area for distribution of LPG in cylinders.

On 3 January 2013 the Office for Competition (“OFC”) submitted a report to the Tribunal, regarding an investigation it had carried out into the market for door-to-door distribution of liquefied petroleum gas (“LPG”) in cylinders, and requested the Tribunal to issue a decision in line with its conclusions.

The Tribunal also concluded that the Standard Agreements, the conduct of the distributors and the GRTU were in breach Article 101 TFEU, which has the same effects as Article 5 of the Act, except that it refers to practices which affect trade between European Union (“EU”) Member States.The Tribunal cited the European Commission Guidelines on the effect on trade concept in reaching this conclusion.It also noted that although the LPG market was liberalised and Easygas and Liquigas obtained a license to transport, distribute and sell LPG in gas cylinders, they were effectively prohibited from doing so by the distributors, with the help of the GRTU: this affects trade between EU Member States.

The Tribunal held that Enemalta, by forming part of the Standard Agreements, also acted in breach of Article 101 TFEU and Article 5 of the Act, for the period from 1 May 2004 until 31 January 2009, when the business was transferred to Liquigas.Although the Tribunal appreciated Enemalta’s arguments that it entered into the agreement to ensure that vulnerable consumers had access to the service, this did not exonerate the agreement from the competition rules.It also noted that Enemalta was not exonerated from responsibility when the Malta Resources Authority was established as regulator for the sector once Enemalta continued to supply gas to the distributors in terms of the Standard Agreements.

The Tribunal moreover found that 5 gas distributors had distanced themselves from the GRTU in November 2011, and therefore found that they discontinued operating in terms of the Standard Agreement as from November 2011.

This decision is notable in particular because it is the first decision where a breach of EU competition law has been found in Malta.It is also notable for finding an association of undertakings to have breached the competition rules in Malta, and for considering the matter of public distancing.