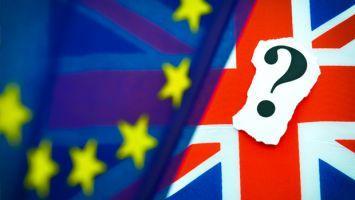 following the June 2016 decision of the UK voters to exit from the European Union, a number of players in the London insurance market started querying the possible long-term effects of Brexit. The main concern that is being flagged refers to the access to the EU single market. Undoubtedly, the single passport regime proved to be a successful story for the EU, which underpinned the continued growth and solidity of the EU’s financial services industry. But, what if Brexit actually happens, the UK has to forfeit its right to access the EU single market and its firms will no longer be able to passport into the EU to offer their services? Presently, there is not much agreement on whether a “hard Brexit” will indeed be imposed on the UK – the exit negotiations have yet to start. But the consequences for the London insurance market could be very serious and as such they merit to be addressed immediately.

During the last months of 2016, an increasing number of London-based insurers started considering ‘what if’ scenarios, consulting their advisors and drawing up contingency plans in the event that a hard Brexit becomes a reality. One of the main aspect of the contingency plan would be the consideration of the setting up of a subsidiary within the EU. The subsidiary would be authorised by its home state to act as an insurer and would be in a position to continue to access the EU single market and benefit from the passporting regime. But this begs a critical question: where should the subsidiary be set up and licensed? There are a number of potential jurisdictions which may prove to be attractive as a base for the new subsidiary. Each one will have its pros and cons and it will be up to the promoters to choose the appropriate jurisdiction which addresses their peculiar requirements. From our experience over these past months, Malta is gradually proving itself to be a “jurisdiction of choice” for those London-based insurance players, which wish to retain access to the EU single market in the event of a hard Brexit.

The Maltese insurance market has grown exponentially during these last ten years. Malta is an EU member state and as such benefits from direct access to the EU single market. The number of licensed insurance players is growing steadily and is close to reaching the 60th mark. The majority of the insurance undertakings write non-life risks which are located outside Malta, mainly in the EU/EEA markets. The total gross premium generated from outside Malta is set to reach the €3bn mark during the current year. The Maltese insurance market is backed by a strong legal framework based on the EU’s Solvency II regime, which provides effective regulatory and supervisory powers to the Maltese single regulator of the financial services sector, that is, the Malta Financial Services Authority (MFSA).

Setting up in Malta

Maltese law provides for a number of different corporate structures, which can be used to underwrite EU-based risks via a Malta-based subsidiary. Whether the subsidiary will write captive or third party business is a decision to be taken by the promoters. At this stage, the structure of the subsidiary is of fundamental importance. In fact, the subsidiary can be set up as a public or private limited liability company, or as a Societas Europaea (SE). In addition, one may also consider the usage of cell companies or of a single cell within such a structure. The latter may provide a number of advantages over the traditional limited liability company set up. Maltese law permits two types of cell companies: Protected Cell Companies (PCC) or Incorporated Cell Companies (ICC). The concept of cell companies is unique to Malta, being the only EU jurisdiction which permits such corporate setups. In brief, a cell company is a single entity which consists of a core structure and a number of segregated parts or cells. There will be a segregation of the assets and liabilities of the cell company (core assets) and of each one of its cells (cellular assets). Each cell has a separate pool of assets and liabilities ring fenced from that of another cell. The cells would benefit from certain common resources provided by the core in terms of capital, governance, management and operations thereby saving on costs of the cell owner. Despite a number of similarities between the two types of cell companies, there are two fundamental differences: the PCC together with its cells is deemed to be a single legal entity while the ICC and each one of its cells have a separate legal personality. This distinction brings about the second difference with respect to the capital requirements: the MCR and SCR will apply to the PCC as a single structure even if each cell would require to maintain a notional SCR. On the other hand, the ICC and its cells would each be bound to have their own respective MCR and SCR.

Malta is not a brass plate jurisdiction. Therefore, it is critical to ensure that the operations, management and governance of the subsidiary are conducted from Malta. The subsidiary will be required to have a Board of Directors made up of fit and proper individuals who collectively possess the right mixture of qualifications, knowledge, and experience. The local regulator would require that one or more members of the Board of Directors be resident in Malta. The Board would require to hold meetings in Malta on a regular basis. As regards the management of the subsidiary, there are three basic options, namely (a) self-management by engagement of employees; (b) appointing a local insurance manager; and (c) a hybrid setup between option (a) and (b). An additional option may be the outsourcing of specific functions (even certain key functions) to a London-based setup or to members of the same group of companies located outside Malta. Notwithstanding the management model chosen, the Board of Directors would need to ensure that the Maltese operation has substance and presence in Malta where the major operational decisions are taken. This does not mean that a London-based insurer would require to relocate all of its staff to Malta. Therefore, pre-application discussions with the MFSA are recommended – this would permit the attainment of a balanced operational setup which satisfies both the local mind and management requirements and the exigencies of the London-based insurer.

The MFSA is the local insurance regulator and supervisor. Over the years, it has gained a very solid reputation among its peers. It distinguishes itself as being an approachable regulator, which is willing to listen to the requirements of business promoters but acting within the parameters of the local legal regime. The MFSA has gained significant knowledge and expertise in the insurance sector and constantly ensures that it retains an adequate and experienced staff compliment to meet the requirements of the market. All legislation is written in English, which is recognised as an official language in Malta. It is important to note that the MFSA works on a regular basis with the Financial Conduct Authority and is familiar with the latter’s modus operandi.

The choice of the most adequate jurisdiction where to set up a subsidiary is critical. Overall, Malta’s name as a ‘jurisdiction of choice’ is gaining substantial traction in the financial services market and the domicile presents itself to be a very valid option. A tried and tested insurance market is but one of the main attractive features of Malta. EU passporting rights, a flexible and favourable tax regime, an attractive and adaptable regulatory environment, the Euro currency, and a real cost advantage are additional factors which place Malta at the forefront of the onshore international insurance domiciles.

We have the necessary expertise, knowledge and human resource to provide the required legal assistance to the promoters during the application stage including the drafting of the required legal documents. We are in regular contact with the local competent auhtorities and the local service providers. We can facilitate meetings with such entities and other relevant service providers. Furthermore, if the application is successful, we can also provide bespoke legal services.

For further information or any queries on the subject or any other topic relating to Brexit and Insurance matters please contact Dr.Joe Borg Bartolo or Dr.Edmond Zammit Laferla

This document does not purport to give legal, financial or tax advice.