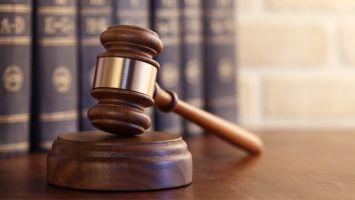 In a judgement dated 31st October 2016 presided by Mr. Justice Anthony Ellul, in the names Atlas Insurance PCC Ltd and Middlesea Insurance plc in their name and as subrogated in the rights of the insured Attard Bros Company Ltd vs Elmo Insurance Ltd, the Civil Court, First Hall held that the concept of double insurance in terms of English law was recognised in Malta and therefore the defendant company was obliged to contribute to the payment made by the plaintiff companies. This decision makes an important contribution to the body of Maltese insurance substantive law.

This case focused on two insurance polices that were issued in relation to the project for the development of the site known as Pender Place and Mercury House in St. Julians, Malta.

The plaintiffs had issued a ‘Contractors All Risk Policy’ in favour of Pender Ville Ltd and/or Pender Gardens Ltd and/or Pender Contracting Ltd as the principal contractors and/or every sub-contractor for their respective rights and interest intended to cover all risks mentioned therein, including fire.

Attard Bros Company Ltd was engaged as a sub-contractor responsible for the construction of part of the site.

The defendant had issued a ‘Contract Works Policy’ limitedly in favour of the sub-contractor Attard Bros Company Ltd covering the risks mentioned therein, including fire, in relation to the contract of works that Attard Bros. Company Limited had entered in relation to this project.

On the 2nd of June 2009, a fire broke out in the construction site for which Attard Bros Company Ltd was responsible and the plaintiffs paid for the damages that were suffered as a result of this incident in terms of the insurance policy issued by them. Such payment was made without prejudice, because the plaintiffs insisted that the defendant was liable to contribute to the damages suffered.

The court held that the contingent nature of the defendant’s policy was not adequately proved and therefore both the plaintiffs’ Contractors All Risk Policy and the defendant’s Contract Works Policy ought to provide cover for any material damage caused during the course of works on the site and the cleaning of the site from materials.

The court upheld the plaintiffs’ argument that the concept of contribution developed in English insurance law and based on the principle of equity ought to apply in Malta:

“The contribution principle. If there is double insurance, so that two or more insurers are potentially liable for the same loss, the insurer called upon to make payment may have the right to seek contribution from the other insurers. The right of contribution is an equitable principle of some antiquity which does not rest on contract or statute and which allows one insurer to recover from another by reason of having made payment to the assured in respect of a sum for which the latter was also liable…

There is a right of contribution only where the following conditions … are met:

(a)    There is double insurance [where] two policies cover the same assured, the same interest and the same period and are more or less of the same scope;

(b)    Both policies respond to the loss;

(c)    The paying insurer has paid under legal liability”

Accordingly, the court declared that the defendant was obliged to contribute to the payment made by the plaintiffs in connection with the incident which occurred on the 2nd June 2009.

This document does not purport to give legal, financial or tax advice. Should you require further information or legal assistance, please do not hesitate to contact  Dr. Joseph Borg Bartolo.