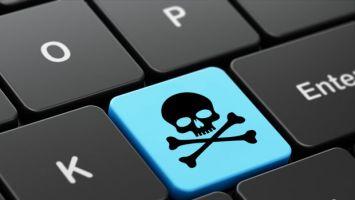 What Can You Legally “Watch Free Online” and When?

By Jonathan Tonna13th February 2018No Comments

We’ll bet they do.

So, is your gut on to something?

You may or may not be “most people”, but you may yet be surprised to discover precisely what the law of copyright has to say about what you do online. For instance, you would probably think nothing of watching a YouTube video, even though YouTube hosts far more infringing content than just about every other video streaming website put together, in spite of their highly efficient “Copyright Strike System”.

Do you know how much infringing content The Pirate Bay hosts?

Ardent techies will know the answer is exactly zero.

The Pirate Bay is just an index of user-posted links to torrent files. The actual file-sharing process which torrents facilitate takes place on the many well-known client platforms linked to the BitTorrent protocol, and even then the copyright protected material that ultimately winds up on your hard drive is not hosted by BitTorrent. That data came straight from other PCs, tablets and smart phones – ordinary devices belonging to ordinary internet users just like you.

That’s why the Dutch Supreme Court was at a loss over whether or not to ban the site in the much-publicised case of Stichting Brein v Ziggo and XS4ALL, finally passing that hot potato over to the CJEU in 2015. This past June the CJEU ruled that the posting of links to torrent files online constitutes an act of “communication to the public” and hence a violation of A. 3(1) of the EU Copyright Directive (a.k.a. “INFOSOC”).

Since the 2000 Malta Copyright Act transposes INFOSOC A. 3(1), that means The Pirate Bay is illegal here too, and on the basis of the CJEU ruling in Stichting Brein v Ziggo, there’s an argument to be made that Maltese ISPs should have banned the site by now.

But they haven’t.  And by the end of this article the reason for that will no doubt be made clear.

All this may sound like a load of technical mumbo jumbo, but these details matter quite a lot in the law of copyright.

What about you? Have you done anything illegal?

Well, let’s crunch numbers for a moment and find out.

According to a 2009 study, peer-to-peer networks at the time accounted for 43% to 70% of all Internet traffic. In Malta the numbers are probably higher than that, and it is also safe to assume they’ve since increased.So, statistically speaking, “most people” probably have a BitTorrent client application on at least one device with internet access … and they’ve used it.

If a torrent platform were running on your PC right now, other users operating a similar platform could seed the files on your computer through an open torrent file at any time, which would technically mean that infringing content were being made available all over the net through your PC. The right to make content available to the public is an exclusive right under INFOSOC and the 2000 Malta Copyright Act which makes that … copyright infringement.

Contrary to popular opinion, an infringement does not begin and end with a click of the “download” button. In fact – and this may come as a shock to some – prima facie there is nothing strictly illegal under Maltese law about downloading the latest episode of your favourite show.

A. 9 of the 2000 Copyright Act, following a discretion afforded to Maltese lawmakers under INFOSOC, provides for a “private copy” exception for “reproductions on any medium made by a natural person for private use and for ends that are neither directly nor indirectly commercial, on condition that the rightholders receive fair compensation…”.

You may be wondering: How precisely is this compensation to be paid? How much should we pay?

Both great questions – which is, of course, to say that there are several quasi-arbitrary and often contradictory answers.

Blank media levies were one attempted mechanism. This is a special tax levied on blank storage media like CDs, DVDs and floppy disks (remember those?). Hardly a gold mine for rightholders in the music and film industries.

At any rate, until this provision is substantiated, one possible interpretation is that otherwise “illegal” downloads are permissible, provided they are for mere “private use”. As far as copies made from illegal sources, the CJEU has had its say, and its position is unambiguous:

As for video streaming; it was for a long time supposed that simply viewing available content was perfectly legal, since mere viewing did not technically violate the right of reproduction as per INFOSOC A. 5 (1). That was until the Stichting BREIN struck again in the case of Filmspeler.

Now you can be assured that the use of so-called “media boxes” is illegal. The streaming of unauthorised content through sites like Putlocker are an analogy away from the same fate.

As a side-note – if you’re thinking about inviting a few friends over for a movie night, then the use probably ceases to be private … but that of course is assuming you have a lot of friends … and a particularly large living room (no one’s really sure what “private” means).

Also that’s possibly a violation of the exclusive right of performance to the public. So that’s two infringements …Unless you’re streaming, in which case it’s only one … possibly … again, depending on the size of your living room (we’re not really sure what “public” means either).

Confused yet? Well, we don’t blame you.

As you may have guessed, copyright in the digital world is something European IP lawyers don’t really like to talk about any more – at least not with clients.

There are two very good reasons for this. The first, by now, should be obvious. It is a veritable minefield. The law is rife with lacunae. Several important terms lack clarity and precision, and many have likened the CJEU’s attempts to plug the holes to a game of whack-a-mole.

The second is rather more poignant – and that is that, for the most part, it tends not to matter very much. Copyright has become the doormat of the legal world. People tap-dance all over it every day without a second thought. If you’re willing to excuse human sensibilities about right and wrong, then information technology is largely to blame. On the one hand the internet has created a logistical nightmare even for copyright owners at the pinnacle of the creative industries. On the other; the law, like the industry, has struggled to keep up with new obstacles posed every day by the digital revolution.

It is a hell of a problem – and unfortunately every attempt to negotiate the problem has yet to result in any significant progress.

That said, as time goes by, the picture which seems to be emerging is that the gut does not lie.

Disclaimer
This document does not purport to give legal, financial or tax advice. Should you require further information or legal assistance, please do not hesitate to contact Dr. Antoine Camilleri & Dr. Jonathan Tonna.