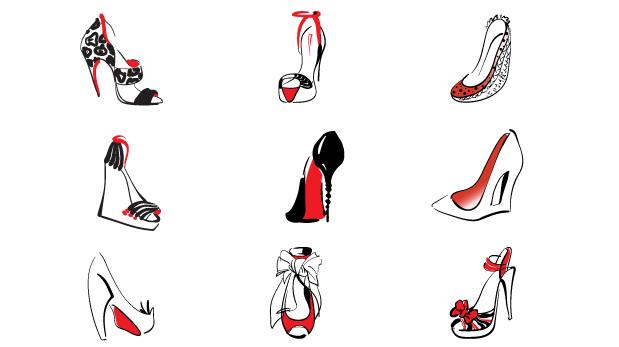 By Jonathan Tonna19th June 2018No Comments

Some readers may be familiar with the 2011 case filed by Mr. Louboutin against fashion giants Yves Saint Laurent over the former’s US trademark registration for his famous red sole.Here is one of the more well-known representations of the mark, as filed with trademark authorities the world over: 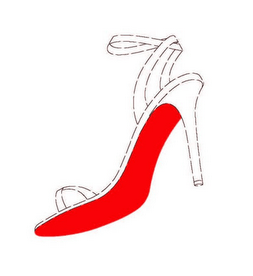 The New York District Court, adopted a view to which fashion lovers might be more inclined – namely that:

“The law should not countenance restraints that would interfere with creativity and stifle competition by one designer, while granting another a monopoly invested with the right to exclude use of an ornamental or functional medium necessary for freest and most productive artistic expression by all engaged in the same enterprise.” [1]

This dictum encapsulates the doctrine of aesthetic functionality.For better or worse, however, the US 2nd Circuit Court of Appeals took a slightly more protectionist approach, stating that the red-coloured outsole had indeed acquired “secondary meaning”, drawing the line at mere contrast.

Hence, the 2nd Circuit determined that trademark protection over the red outsole of Louboutin’s shoes could only be relied on where the red outsole did not match the rest of the product.

Those who find this scope of protection outrageous have fresh cause for concern.

In a preliminary ruling earlier this week on the Dutch case of Louboutin v. Van Haren Schoenen, [2] the CJEU ruled that:

“Article 3(1)(e)(iii) of Directive 2008/95/EC … must be interpreted as meaning that a sign consisting of a colour applied to the sole of a high-heeled shoe, such as that at issue in the main proceedings, does not consist exclusively of a ‘shape’, within the meaning of that provision.” [3]

To understand why this pronouncement is so important, a full reading of the mentioned A. 3(1)(e)(iii) (now found under A. 4 of the new trademarks directive) is in order:

3(1) The following shall not be registered or, if registered, shall be liable to be declared invalid:

(e) signs which consist exclusively of:

(iii) the shape which gives substantial value to the goods.

The four steps of the legal formula are therefore clear.There must be 1) a sign which 2) consists exclusively of 3) a shape which 4) gives substantial value.All four steps are essential to a finding of inherent irregistrability.

Hence, by determining that the mark filed by Mr. Louboutin in the Netherlands does not “consist exclusively of a ‘shape’, within the meaning of that provision“, the CJEU has determined that even though colour-shape combinations might give substantial value to a given product, they necessarily fail the second criterion of A. 3(1)(e)(iii), and hence can never be refused on this ground, in effect shooting down the most formidable argument invoked against Louboutin’s red sole.

The preliminary reference was made by the Dutch courts on the basis of the same trademark illustrated above.The CJEU’s decision binds the courts of every EU member state in their interpretation of national law framed on the directive.

A modicum of worry as to what one might expect next would be justified.Hard as it is to imagine that Ferrari S.P.A., for instance, could successfully procure a trademark for the colour red in conjunction with a particular type of automobile design, suddenly it is not as unimaginable as it might have seemed last week.

That said, the requirement for proof of acquired distinctiveness remains a formidable obstacle to the registration of any trademark which is not a distinctive word or logo under the settled body of EU jurisprudence.There is still plenty of discretion left to national courts and trademark offices in restricting the proliferation of shape-colour combination marks.If it is indeed the case that a particular colour is aesthetically functional in the context of the trade, it would seem perfectly logical to exclude that colour from trademark protection on grounds that the colour cannot function effectively as a designation of trade origin.Unless the use of a variety of different colours affords little business advantage in the market for a particular product (in which case aesthetic functionality is a non-issue), or unless a particularly mad head of design were to limit himself to the use of only one or two colours with regard to a specific product shape, it is hard to see any court invoking the CJEU’s decision in Louboutin to protect colour marks covering whole-product shapes.

There is, of course, another big question left in the wake of the CJEU’s decision in Louboutin:Is the decision applicable in the context of the new law?

“signs which consist exclusively of the shape, or another characteristic, which gives substantial value to the goods”

The words “or another characteristic” (which are absent from the old law) might easily be deemed to encapsulate colours, which arguably reduces the CJEU’s decision to one of merely retrospective significance.

A further CJEU ruling will be required before this question is finally put to rest.