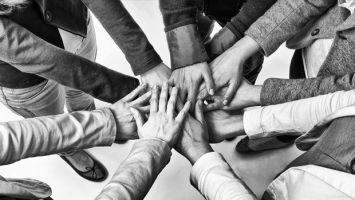 The Protection Of Human Rights In Competition Proceedings

By Richard Camilleri7th May 2015No Comments

In a judgment handed down on 21 April 2015 in the names Federation of Estate Agents vs Direttur Ġenerali (Kompetizzjoni) et (application number 87/2013), the First Hall, Civil Court in its constitutional jurisdiction held that the procedures currently envisaged by the Competition Act (Cap. 379 of the laws of Malta) in the case of a breach of the competition rules violate the provisions of the Constitution of the Republic of Malta (“the Constitution”) and the European Convention on Human Rights (“ECHR”) with regards to fair hearing.

The case was instituted by the Federation of Estate Agents (“FEA”), an association of undertakings which had received a Statement of Objections from the Office for Competition (“OFC”), indicating that in the OFC’s view the FEA had breached the competition rules contained in the Competition Act and the Treaty on the Functioning of the European Union (“TFEU”), and asking the FEA to make its submissions to the OFC within a specific time period. The FEA argued that the procedure whereby the OFC investigated the alleged breach of competition rules, decided whether an alleged breach occurred and imposed fines on the undertakings is in violation of Article 39(1) of the Constitution and Article 6(1) of the ECHR.

The procedure being impugned

According to the Competition Act, as amended by virtue of Act VI of 2011, the Director General (Competition), after carrying out an investigation, has the power to determine and establish whether there has been a breach of the competition rules or not. Once a violation of the said rules is established, the Director General has to issue the necessary order, including the imposition of an administrative fine of not more than 10% of the turnover of the undertaking or association in question during the previous business year (Competition Act, art. 21). Failure to pay such fine entails a criminal offence, and is subject to a further fine of between EUR 1,000 and EUR 20,000.

There is a right to appeal from the decision of the Director General, which is heard by the Competition and Consumer Appeals Tribunal. The Tribunal, established by the Malta Competition and Consumer Affairs Authority Act (Cap. 510 of the laws of Malta) is composed of a judge and two ordinary members, who are appointed for a period of 3 years. Appeal does not suspend the decision, although a demand in this regard could be made to the Tribunal. There is further appeal from the decision of the Tribunal to the Court of Appeal on a point of law.

Before the introduction of the amendments in May 2011, the law used to provide for the OFC to investigate an alleged breach of the competition rules, but it was the Court of Magistrates which could impose fines following criminal proceedings.

Article 39(1) of the Constitution states that:

‘Whenever any person is charged with a criminal offence he shall, unless the charge is withdrawn, be afforded a fair hearing within a reasonable time by an independent and impartial court established by law.’ (emphasis added)

Article 6(1) of the ECHR provides:

‘In the determination of his civil rights and obligations or of any criminal charge against him, everyone is entitled to a fair and public hearing within a reasonable time by an independent and impartial tribunal established by law. (…)’

The Court therefore had to determine:

1. whether the procedures contemplated in the amended Competition Act had the characteristics of a criminal offence or charge;

2. whether the Director General and the Tribunal could be considered to be a ‘court’ in terms of the Constitution; and

3. whether the Director General and the Tribunal are an ‘independent and impartial tribunal’ in terms of the ECHR.

The Court first noted that in this case, the fine could have reached the sum of EUR 1,247,800. The Court then considered in detail various judgments of the European Court of Human Rights (“ECtHR”), such as Engel and Others v The Netherlands (8 June 1976), Ozturk v Germany (21 February 1984), Bendenoun v France (24 February 1994), Jussila v Finland (23 November 2006), Janoservic v Sweden (21 May 2003) and Vastberga Taxi v Sweden (21 May 2003) which all dealt with the interpretation of the notion of ‘criminal charge’. By applying the principles contained in the aforementioned judgments to the offence contemplated in the Competition Act, the Court concluded although Maltese law classified this offence to be of an administrative nature, the nature of the crime and the nature and severity of the penalty give a totally different outlook to the offence, in that it cannot but be considered as being of a criminal nature.

The Court noted in particular that the Competition Act applies to all citizens and not to a specific group; the fine is not intended as compensation for damages but as a penalty having a deterrent effect; the fine is imposed with a general rule having a punitive scope and the fine is of a considerable amount. The Court also noted that the procedures commenced against the FEA in terms of the Competition Act did not have the nature of civil rights and obligations but had the form of enforcement by a governmental authority.

Therefore the court concluded that the offences which the FEA was charged with had a criminal nature in terms of both Article 39(1) of the Constitution and Article 6(1) of the ECHR.

2. Can the Director General and the Tribunal be considered to be a court?

The Court referred to Articles 47, 95 and 97 of the Constitution, and cited Montalto vs Clews noe (26 May 1987) and Kummissarju tal-Artijiet vs Ignatius Licari noe (30 June 2004) which dealt with the definition of ‘court’. In essence these judgments state that ‘court’ refers only to the superior and inferior courts. The Court noted that neither the Director General (Competition) nor the Tribunal, which was established by the Malta Competition and Consumer Appeals Tribunal (Cap. 510 of the laws of Malta) could be considered to be a ‘court’ in the sense required by the Constitution. The Court concluded by saying that according to the terms of Article 39(1) of the Constitution, a person charged with a criminal offence had to be brought before an independent and impartial court and no other adjudicating body except for a court would do.

3. Can the Director General and the Tribunal be considered to be an independent and impartial tribunal?

The Court first of all pointed out that recent ECtHR jurisprudence has showed some change which could indicate that the ECHR does not accord the very strict protection and guarantees required by the Constitution to offences which are not considered to be ‘hard core’ criminal law. It cited Jussila v Finland in this regard and noted that although it is not necessary for States to act as rigorously as in purely and intrinsically criminal proceedings, States still have to respect the safeguards mentioned in recent ECtHR jurisprudence. The Court notes that the Tribunal’s lay members are not judges, are subject to removal every three years and are paid by the Prime Minister. Appeal to the Court of Appeal is restricted to points of law. The Court noted that according to ECtHR jurisprudence, the adjudicating body which decides on the criminal charge must be subject to further control by an adjudicator with full jurisdiction which respects the guarantees in Article 6(1) of the ECHR; therefore there must be full review on points of fact and law. The Court distinguished this case from Menarini Diagnostics SRL v Italy (27 September 2011), which had found that Italian competition proceedings did not infringe Article 6(1) of the ECHR (notwithstanding the fact that there was no opportunity for a full appeal). The Court noted that in no ECtHR judgment was it ever held that competition offences were not to be classified as ‘hard core’ criminal law.

The Court recognised the truth in the defendant’s argument that various administrative authorities were being given powers to impose serious fines which could be considered criminal; however this did not legitimatise the fines imposed under the Competition Act. On the contrary this served only to increase the doubts of the Court regarding the slippery slope in the erosion of human rights and fundamental freedoms. The Court noted that the right to a fair hearing could not be sacrificed for aims of efficiency and conformity with international conventions and European legislation. The Court noted that where the nomenclature or name of an offence was changed but the penalty was kept or increased, the sacrifice of a fair hearing by an independent and impartial court established by law in terms of Article 39(1) of the Constitution could not be sanctioned. In order to avoid a bottleneck in appeals, specialised courts could be created (such as the juvenile courts), which fully respect the right to a fair hearing. The Court also noted that in the case of Menarini, the ECtHR was departing from the fundamental roots envisaged by the drafters of the ECHR; the Court felt this recent jurisprudence did not respect the spirit of the law respected and protected by the ECHR.

In the light of the above, the Court, whilst rejecting the FEA’s claim for moral damages (as the judgment afforded the FEA sufficient just satisfaction), found that the competition proceedings breached Articles 39(1) of the Constitution and Article 6(1) of the ECHR.

The Mamo TCV team was made up of partner Dr Richard Camilleri and associate Dr Annalies Azzopardi.

This document does not purport to give legal, financial or tax advice. Should you require further information or legal assistance, please do not hesitate to contact Dr Richard Camilleri or Dr Annalies Azzopardi.