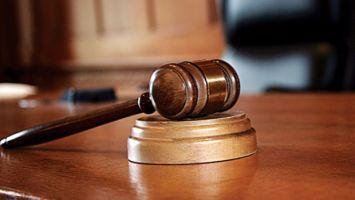 Constitutional Appeal on the Protection of Human Rights in Competition Proceedings.

By Richard Camilleri5th May 2016No Comments

The case was instituted by the Federation of Estate Agents (“FEA”), an association of undertakings which had received a Statement of Objections from the Office for Competition (“OFC”), indicating that in the OFC’s view the FEA had breached the competition rules contained in the Competition Act and the Treaty on the Functioning of the European Union (“TFEU”), and asking the FEA to make its submissions to the OFC within a specific time period. The FEA argued that the procedure whereby the OFC investigated the alleged breach of competition rules, decided whether an alleged breach occurred and imposed fines on the undertakings is in violation of Article 39(1) of the Constitution and Article 6(1) of the European Convention on Human Rights (“ECHR”).

Article 39(1) of the Constitution states that:

‘Whenever any person is charged with a criminal offence he shall, unless the charge is withdrawn, be afforded a fair hearing within a reasonable time by an independent and impartial court established by law.’

On the other hand, Article 6(1) of the ECHR provides:

‘In the determination of his civil rights and obligations or of any criminal charge against him, everyone is entitled to a fair and public hearing within a reasonable time by an independent and impartial tribunal established by law. (…)’

The Civil Court, First Hall in its constitutional jurisdiction agreed with the arguments brought forward by the FEA (21 April 2015; application number 87/2013). The Director General (Competition) and the Attorney General appealed from this decision.

In its judgment, the Constitutional Court agreed with the appellants that there was no breach of Article 6(1) ECHR, noting that the jurisprudence of the European Court of Human Rights in relation to tax penalties equally applied to competition fines, and therefore, the fact that a fine was imposed in the first instance by an administrative authority which is not an independent and impartial tribunal is not incompatible with Article 6 ECHR as long as that decision can be reviewed by a tribunal with the necessary qualities and which has full jurisdiction in all matters. The Constitutional Court also found that the Competition and Consumer Appeals Tribunal (“Appeals Tribunal”) is independent and impartial. In this respect therefore the Constitutional Court overturned the decision of the Civil Court, First Hall.

The Constitutional Court however confirmed the judgment of the Civil Court, First Hall in so far as it found that the competition procedure infringes Article 39(1) of the Constitution. It held that competition proceedings imported a ‘criminal charge’, notwithstanding that the Competition Act classified the relative penalties as ‘administrative fine’. The Court noted that the fine was severe and meant as a penalty not compensation for civil damages, as well as the fact that prior to Act VI of 2011, the fines were criminal in nature. Therefore competition proceedings have to comply with Article 39(1). The Court then considered the notion of ‘court’ as found in Article 39(1). It confirmed that ‘court’ could only refer to the superior and inferior courts as referred to in the Code of Organisation and Civil Procedure (Cap. 12 of the laws of Malta) – neither the Director General (Competition) nor the Appeals Tribunal were considered to be a court. Moreover, the Court agreed that the entire procedure determining a criminal charge should be held in front of the court, and at no stage should a judgment or a hearing on a criminal charge be heard by an entity which is not a court. Therefore the fact that there was an appeal on a point of law to the Court of Appeal was irrelevant. In any case, an appeal on a point of law would not have been sufficient to sanction the proceedings in terms of Article 39(1) of the Constitution, as the decision taken by the Director General (Competition) and the Appeals Tribunal would not be subject to a full appeal by the Court of Appeal.

The Constitutional Court therefore found that Articles 12A, 13, 13A and 21 of the Competition Act, in so far as they give the Director General (Competition) the authority to issue a decision regarding a breach of the competition rules and impose fines or other measures, and in so far as they give the Appeals Tribunal the authority to hear appeals from such decisions, are void and without effect in relation to the FEA, and the proceedings against the FEA under those provisions of law were found in breach of the FEA’s right to a fair hearing under Article 39(1) of the Constitution in so far as those proceedings are intended to lead to a decision finding a breach of the competition rules.

The Mamo TCV team was made up of partner Dr Richard Camilleri and senior associate Dr Annalies Azzopardi.

This document does not purport to give legal, financial or tax advice. Should you require further information or legal assistance, please do not hesitate to contact Dr Richard Camilleri or Dr Annalies Azzopardi.