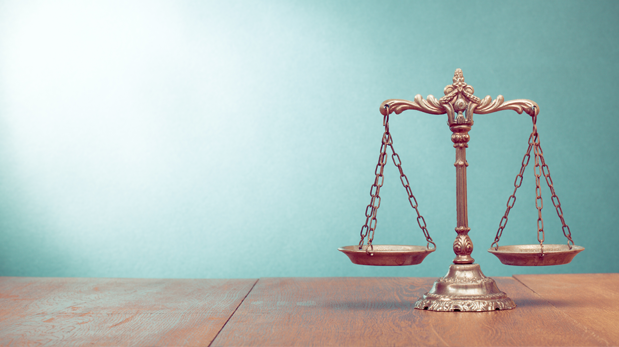 By Kirk Brincau8th October 2020No Comments

The Maltese courts of Constitutional Jurisdiction were tasked with deciding a claim of violation of fundamental human rights as filed by the applicants, who had purchased a property in Sliema – in respect of which the provisions of the Housing (Decontrol) Ordinance, Chapter 158 of the Laws of Malta are applicable – and which the applicants knew was tenanted by third parties under a title of lease resulting from a previous title of emphyteusis. Notwithstanding the fact that the applicants were well aware of the tenants’ rights and indeed had purchased the property in question for around two hundred thousand euro (€200,000) less than its freehold market value and without vacant possession, it was alleged that the ‘forced’ landlord-tenant relationship breached the applicants’ rights.

The Civil Court, First Hall (Constitutional Jurisdiction) had, on the 31st of October 2019, found that there had been a violation of the applicants’ property rights but only referred to violations of the applicants’ rights prior to the coming into force of recent amendments to the law in virtue of Act XXVII of 2018. It accordingly held that the applicants could now make use of the remedy presently envisioned under Article 12B of Chapter 158 – as introduced by said Act XXVII of 2018 – to regulate the future relationship with the tenants. Thus, the Court implicitly decided that the amendments introduced through Act XXVII of 2018 were capable of providing a remedy which was, at the very least, prima facie in conformity with the applicants’ human rights and of providing the balance which must be found by the State between the owners’ rights and the social reality of the tenants.

The Civil Court, First Hall (Constitutional Jurisdiction) had ordered the Attorney General (representing the state in said proceedings) to pay the sum of €10,000 as compensation for the violations suffered by the applicants in the past, but did not order the eviction of the tenants nor did it declare the law upon which their lease is based to be unconstitutional.

The applicants filed an appeal against the judgment delivered by the first court stating that there was a contradiction in the finding of the Civil Court, First Hall (Constitutional Jurisdiction) and that the court’s reasoning ought to have led the court to decide that that the applicants’ rights to retake possession of the property had likewise been violated. The Constitutional Court disagreed with this argument as presented by the applicants and furthermore clarified that the violation of human rights as found by the Civil Court, First Hall (Constitutional Jurisdiction) had to be exclusively seen in relation to the law as in force prior to the introduction of Article 12B of Chapter 158. The Court further stated that while it was true that there is still a level of uncertainty as to when the applicants, qua owners, would be able to take back possession of their property, the reason behind this uncertainty was justified by the social necessity of the other party in the rental relationship. Even so, the Constitutional Court went further than this in declaring that the law considered just and satisfactory compensation under article 12B(8)(a) of Chapter 158, which article states that if there is a change in circumstances, the owner may request a revision in the rental conditions if these are such as to impose a disproportionate burden on such owner.

The Constitutional Court also considered the applicants’ allegation that Article 12B (2) of Chapter 158, which considers a maximum rental income of 2% of the market value of the property, constitutes a violation of the human right to the enjoyment of property. The applicants had referred to the findings of the Court-appointed architect who had deemed that the property in question would be able to yield anywhere between 3.5% and 4% of the market value. In its decision the Constitutional Court stated that the fact that one may be able to rent a property for 4% of the market value did not mean that there was not a relatively large part of the population in Malta that was not able to pay this amount of rent, and thereby, when considering the social value of accommodation, a form of control relating to rental increases is indeed required. The Court further noted that in a truly free market the rental price is not determined by fixed arithmetic values but is instead dependant on need and availability. In so doing, the Court decided that Article 12B did in fact create a mechanism that permitted the owner to derive a just rental value from his property, whilst also fulfilling its social aim.

Furthermore, and of relevance to the subjective facts at issue, the Constitutional Court considered that the applicants had purchased the property in question for sixty eight thousand euro (€68,000) in 2017 whilst around a year later the property was valued by the court appointed architect in the sum of two hundred, eighty three thousand and five hundred euro (€283,500).

It is also of relevance to remark that in this particular case, and rather uncommonly, the tenants not only replied to the appeal as filed by the applicants but also filed a cross-appeal stating, amongst other matters, that the tenants’ rights over the property had not, whether under new laws as well as previous laws, violated the rights of the applicants. The Constitutional Court, in considering the circumstances of the case, decided that it could not be said that the applicants had suffered a violation of human rights from the date of purchase of the property, and thereby reformed the judgment to explicitly exclude any form of implied violation of human rights emerging from the tenants’ rental status. The Constitutional Court did not, however, reform the judgment as applicable to the Attorney General (now State Advocate) since no appeal or cross-appeal had been filed by the same, and thereby it merely reformed the judgment as applicable to the tenants.

The tenants were represented by Dr Matthew Cutajar and Dr Kirk Brincau of Mamo TCV Advocates.