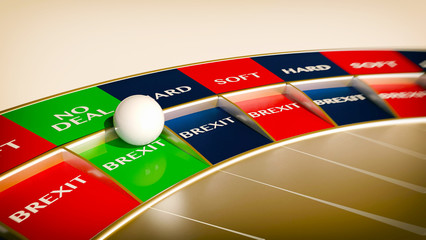 By MamoTCV8th March 2019No Comments

On the 29th of March 2019 the UK will leave the European Union (‘EU‘) in what is an unprecedented event in modern European history. [1] As a result of this decision, Europe’s biggest capital market will move outside of the EU, raising a number of regulatory challenges across a number of areas, specifically in the sphere of data reporting and clearing and settlement.

Therefore, with the prospect of a no-deal Brexit scenario looming, the European Securities and Markets Authority (‘ESMA‘) and other EU securities regulators have adopted a number of precautionary measures which will serve to overcome the arising challenges and mitigate the potential disruptions in EU financial markets.

On February 1, 2019 ESMA issued a press release [2] confirming that ESMA and EU securities regulators entered into Memoranda of Understanding (‘MoUs‘) with the UK’s Financial Conduct Authority (‘FCA‘). These MoUs form part of the European authorities’ preparations should a no-deal Brexit scenario occur, and thus would only take effect in such a scenario. There are two MoUs, one between ESMA and the FCA, and another between EU/EEA securities regulators and the FCA.

With regard to the former, it’s principal aim concerns the exchange of information in relation to the supervision of credit rating agencies and trade repositories. As a result, ESMA will be able to continue to implement its mission and consequently satisfy its mandate with respect to three crucial goals of financial regulation, namely investor protection, orderly markets and financial stability in the EU.

Whereas the latter is a multilateral MoU (‘MMoU‘) which deals with supervisory cooperation, enforcement and exchange of information between individual regulators and the FCA, permitting them to share and exchange information relating to, inter alia, market surveillance, investment services and asset management services. This will thus allow certain activities to continue to be carried out by UK based entities on behalf of counterparties based in the EEA. One such activity relates to fund manager outsourcing and delegation. Here it is pertinent to note that the Malta Financial Services Authority [3] (‘MFSA‘) is one of the EU/EEA securities regulators that is a signatory of this MMoU. Being a member of the European System of Financial Supervision, which includes, inter alia, ESMA, the publications and circulars which are issued by the MFSA are typically based on the positions adopted by ESMA.

Furthermore, on February 18, 2019 ESMA announced [4] that it had adopted recognition decisions to permit three UK central counterparties (‘CCPs‘) established in the UK, to continue to provide CCP services to EU trading venues and EU clearing members in the event of a no-deal Brexit scenario. [5] The three CCPs include LCH Limited, ICE Clear Europe Limited and LME Clear Limited. Indeed, the raison d’être behind these recognition decisions was to limit the risk of disruption in central clearing and avoid any negative impact on financial stability. This comes after the FCA announced that it will be adopting a temporary permissions regime which will allow EU/EEA based firms currently passporting into the UK to continue to do so within the scope of their current permission in the UK, by applying to the FCA under this regime.

After assessing the applications submitted by the three CCPs, and consulting the relevant authorities, ESMA decided that the conditions for recognition under Article 25 of the European Market Infrastructure Regulation (‘EMIR‘) were met by the three CCPs in case of a no-deal Brexit. Therefore, it has adopted decisions to recognise the three CCPs as third country CCPs under EMIR. The recognition decisions would take effect on the date following Brexit date, in a no-deal Brexit scenario. Moreover, it is also worth mentioning that, on the 1st of March 2019, ESMA announced [6] that the Central Securities Depository (‘CSD‘) established in the UK, namely Euroclear UK and Ireland Limited, will be recognised as a third country CSD under the Central Securities Depositaries Regulation (‘CSDR‘), in order to provide its services in the EU. This decision was adopted by ESMA primarily to allow the UK CSD to continue to serve Irish securities and to avoid any negative impact on the Irish securities market. In line with the recognition decision adopted in relation to CCPs, ESMA was satisfied that the conditions for recognition under Article 25 of the CSDR were met by the UK CSD. Again, this decision will only come into effect on the date following Brexit date, in the event of a no-deal Brexit.

To conclude, from a political perspective, there has been much debate and controversy regarding the prospect of a no-deal Brexit scenario. However, after a meeting with members of parliament (‘MPs‘) on February 26, 2019 Theresa May promised MPs that if her amended Brexit deal is rejected next month, they will be granted two separate votes. [7] The first vote concerns whether MPs are willing to support a no-deal Brexit, and in such a case the UK will only withdraw from the EU without a deal if there is explicit consent in the House for such an outcome. However, if the initial vote fails, then MPs will get an additional vote, this time on the request for an extension to the Article 50 negotiation process.

Therefore, a high level of uncertainty as to the future of the UK continues to exist, leaving much to be desired, and only in the case of a no-deal Brexit will the two adopted decisions take effect. Nevertheless, all participants involved must be prepared for all circumstances, and must strive to safeguard investor protection and financial stability, which are now, more than ever, of significant importance.

Disclaimer
This document does not purport to give legal, financial or tax advice. Should you require further information or legal assistance, please do not hesitate to contact Dr. Giulio Sammut / Dr. Katya Tua.
Share Tweet Share