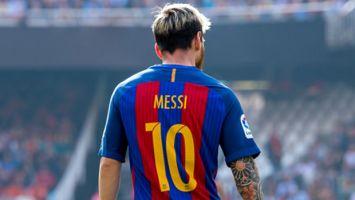 By Jonathan Tonna27th April 2018No Comments

In a decision issued yesterday morning, the General Court of the CJEU (EGC) approved the registration of a logo consisting of a shield motif with the letter “M” blazoned across the front, sitting on top of the letters “M-E-S-S-I”.

The application for the logo was filed by one Lionel Andrés Messi in August 2011. Messi’s trademark was shortly thereafter opposed by Mr. Jaime Masferrer Coma, the previous owner of the trademark “MASSI” (the mark has since been assigned to the company J.M.-E.V. E HIJOS, S.R.L.). For six and a half years Mr. Messi had been engaged in a legal battle with the owners of the MASSI mark over the EU trademark application filed for his own name.

Football fans across the world will be pleased to note that Mr. Messi has emerged victorious. The ruling of the EGC hinged almost entirely on one fact. And that fact – to put it in terms which football fans might appreciate – is this: There’s only one MESSI.

Aside from the obvious fame of the man behind the mark, the merits of the case itself were fairly ordinary. Perhaps the most interesting point to emerge from the case, from a purely legal point of view, is the extent to which the conceptual distinctiveness of a mark alone can potentially outweigh all the other factors which would typically be considered in the global appreciation test.