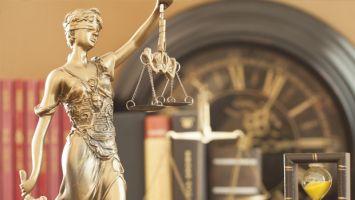 The Media and Defamation Act, Act no. XI of 2018, (hereinafter referred to as the ‘amending Act’) was passed by the House of Representatives on the 17th of April 2018 and assented to by the President of Malta on the 24th of April 2018. The only thing that remains for the provisions of the amending Act to become enforceable is publication and indication of the enforcement date in the Government Gazette.

The amending Act, having the main purpose of repealing the Press Act (Chapter 248 of the Laws of Malta), creates important legal changes while also leaving a limited amount of provisions, such as those related to the protection of sources and ‘the right of reply’, largely unchanged in scope and wording.

From a procedural perspective, the amending Act also makes a significant change by necessitating a preliminary hearing wherein certain amicable and alternative dispute resolution possibilities are considered. Also important is the ‘Single Publication Rule’ which creates a form of regulation relating to subsequent publications which are substantially the same as the first publication in order to lessen the multitude of similar (if not identical) claims being filed in our courts between the same parties. The new provision explicitly enables and requires the consideration of multiple publications in a single court case.

Furthermore, the legislator has taken heed of public opinion and removed the possibility of requesting the issuance of certain precautionary warrants as security of the claim for damages sought in relation to defamation.

Finally, it is worth noting that the amending Act, in repealing the Press Act, also does away with particular articles which fell within the Press Act’s criminal law section. Criminal proceedings for defamatory libellous statements shall thereby become a thing of the past upon the Media and Defamation Act becoming enforceable and any pending criminal proceedings instituted in accordance with the provisions of the Press Act shall be discontinued.

Disclaimer
This document does not purport to give legal, financial or tax advice. Should you require further information or legal assistance, please do not hesitate to contact Dr. Joseph Camilleri or Dr. Kirk Brincau.