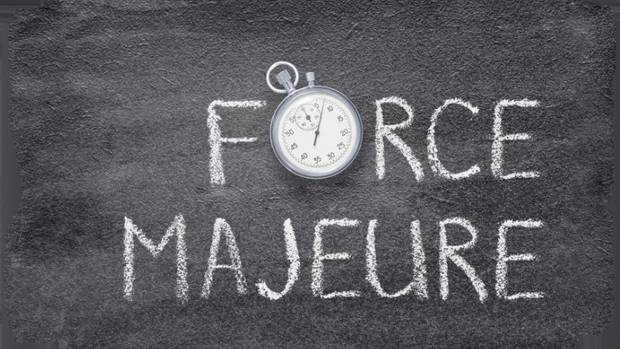 By Kirk Brincau30th March 2020No Comments

It is undeniable that the Covid-19 virus has had, and will continue to have, a material economic impact throughout the world. In Malta specifically the Superintendent of Public Health has taken a number of measures deemed expedient for the prevention and mitigation of disease such as the suspension of organised events, the self-isolation of persons, the closure of the Courts of Justice, the closure of schools as well as the closure of outlets providing a non-essential service.

Considering the aforementioned, it is clear that all legal and natural persons are in some way, whether that be directly or indirectly, impacted by Covid-19 and all persons currently bound by contractual obligations must start considering their options. While the situation in Malta is far from what one would consider ‘normal” it cannot be stated that the current situation has placed Malta and all businesses therein at a complete ‘standstill’ – at least, to date. Indeed, even in these uncertain times the Maltese Legislator has, on the 26th of March 2020, issued four (4) legal notices which are directly linked to Private Residential Leases and the law which came into force on the first of January of this year. These legal notices stipulate amongst other matters the legal fees for initiating proceedings in front of the Adjudicating Panel of the Private Residential Leases Regulations as well as fees for registering private lease agreements, which registrations must still take place. These fees have been stipulated to be ten euro (€10) or else one hundred and twenty euro (€120) if filed late. This shows that, at least in certain sectors of the law, “life goes on”.

In relation to contractual obligations Malta follows the doctrine of pacta sunt servanda in very strict terms. Indeed, in accordance with the Laws of Malta contracts legally entered into have the force of law between the contracting parties and may only be revoked by mutual consent or on grounds allowed by law. The grounds considered in the law are particularly limited and it is the object of this article to give the reader a brief understanding of the legal concepts which are applicable to the status quo and, consequently, the options available to each person currently bound by contractual obligations.

The plea of force majeure has already been the talk of many, however, one must understand the requirements of such a plea as well as its limitations. Force majeure is considered under Articles 1029 and 1134 of Chapter 16 of the Laws of Malta which state that:

1029. Any damage which is produced by a fortuitous event, or in consequence of an irresistible force, shall, in the absence of an express provision of the law to the contrary, be borne by the party on whose person or property such damage occurs.

1134. Thedebtorshallnotbeliablefordamagesifhewas prevented from giving or doing the thing he undertook to give or to do, or if he did the thing he was forbidden to do, in consequence of an irresistible force or a fortuitous event.

While force majeure clauses can have different interpretations and applications depending on the drafting of a contract (if explicitly considered in the same) from an application of the law perspective (which applies also when there is no explicit contractual clause), for force majeure to be pleaded as a defence for the non-fulfilment of contractual obligations their must exist the following elements:

It is generally established that the force majeure must render it impossible for the debtor to complete his contractual obligation and not merely make it more onerous (even if financial distress is caused). This initself creates a similarity (albeit only in part) between the notions of force majeure and ad nemo impossibilia tenetur (i.e. one cannot be bound to do the impossible) found in Article 985 of Chapter 16 of the Laws of Malta:

985.Thingswhichareimpossible,orprohibitedbylaw,or contrary to morality, or to public policy, may not be the subject-matter of a contract

Of particular relevance is the case of Albert Borg Falzon proprio et nomine vs Charles Darmanin proprio et nomine which related to the purchase of printing paper which could no longer be sold at the agreedprice due to the fact that it had to be imported and that furthermore importation had become excessively difficult due to the war. The court, while keeping in mind principles of equity, considered that the defendant’s small business would have been ruined had he been obliged to abide by the conditions of the original agreement.Thereby, the Court of Appeal extended the notion of force majeure to cover situations were the obligation, albeit not “impossible” to perform, had become excessively onerous.

Indeed, all the aforementioned judgments considered the application of force majeure in the context of obligations which had become excessively onerous.However, it must be stated that the considerations made by the Courts in such situations were possibly closer to the “Doctrine of Change in Circumstances” (rebus sic stantibus) which does not require impossibility, rather than to the principles of force majeure. This doctrine of rebus sic stantibus considers that the parties wanted to be bound in good faith and in accordance with the circumstances present at the time of the contract.

Perhaps our courts felt the need to partly stretch the concept of force majeure due to the fact that there is no provision in the Laws of Malta which considers the general applicability of rebus sic stantibus. That stated, this doctrine is not completely alien to our legal system. In fact, it is limitedly found under Article 1639 of Chapter 16 of the Laws of Malta:

1639. A contractor who has undertaken the construction of a building or other considerable work, according to a plan determined and agreed upon between him and the employer, cannot claim any increase in the price, on the ground of an increase in the rate of wages or the cost of the materials, or on the ground of deviations from or additions to the plan, which are not onerous to the contractor.

The aforementioned article clearly caters for situations when the job undertaken by a contractor has become more onerous than originally considered due to circumstances outside his control. In such cases the contractor may be legally justified for claiming an increase in price.

Furthermore, the same doctrine of rebus sic stantibus has often been referred to by our Courts of Family Jurisdiction in considering claims for changing of contractual clauses relating to the custody and/access rights over a minor as well as revisions in maintenance. While our courts had at first been hesitant to allow any form of flexibility when it came to changes of stipulated and agreedclauses in a separation agreement, this inflexibility was in time eased in furtherance of the doctrine of rebus sic stantibus as well as the principle of ad impossibilia nemo tenetur to cater for exceptional cases where a change in circumstances has required a change in the contractual and legal obligations of the parent. This jurisprudence will undoubtedly be used in the coming months and perhaps years as persons become unemployed and can no longer abide by their maintenance obligations. In such cases the Court may, if it deems it proper and without the need for the parties to reach a consensual agreement, reduce the amount of maintenance owed.

That stated, parental obligations as stipulated in separation or divorce agreements are different from other contractual obligations in that the obligation to provide maintenance (as well as changes of circumstances requiring a change in maintenance obligations) is considered under our law and therefore the Court has the competence to change a stipulated clause. In other forms of agreements the Court does not change the clauses agreed upon but instead it would likely limit itself to interpreting the terms agreed upon and ordering their enforcement or the termination of the agreement, with or without damages, as deemed opportune having regard to the specific facts of the case.

It is possible that the war time solution of the stretched applicability of force majeure to cover not only impossible obligations but also obligations which have become excessively onerous, will be revived by our courts to cater for the current situation. Perhapsour courts will even accept, in explicit terms, the applicability of rebus sic stantibus, as acquiesced by the Court of Appeal in the 1920 judgment of Paolo Bonello vs Nob. Gio de’ Marchesi De Piro nomine, to our legal system, albeit this is a matter of legal debate, and legislative intervention may be required.

While a degree of uncertainty remains, it is important that in times like this each and every person is proactive in order to safeguard his/her rights. It is, as a first step, advisable that one seeks an agreement with the other party for the revision of a contract. However, even this must be well thought out as any amendment not properly drafted to consider all circumstances may prejudice one’s position due to the fact that an agreement was reached at a time when certain facts were no longer to be considered unpredictable. It is here that the concept of bonus pater familias and/or the reasonable man applies. One must bear in mind that there is a substantial difference between those who are bound by a contract entered into prior to the outbreak of Covid-19 and/or it’s repercussions, and persons who choose to enter into a contract at this moment in time.

Whether or not a person may benefit from the pleas considered in this writing or others, will depend on the subjective facts of each case. That stated, it is important that one starts safeguarding his/her rights as of now. Moreover, from a legal perspective it should be emphasised that the burden of proof lies on the party who makes an allegation and thereby it is the party pleading force majeure, as an example, that must prove that the circumstances of force majeure did in fact exist.

This document does not purport to give legal, financial or tax advice. Should you require further information or legal assistance, please do not hesitate to contact Dr. Kirk Brincau on kirk.brincau@mamotcv.com