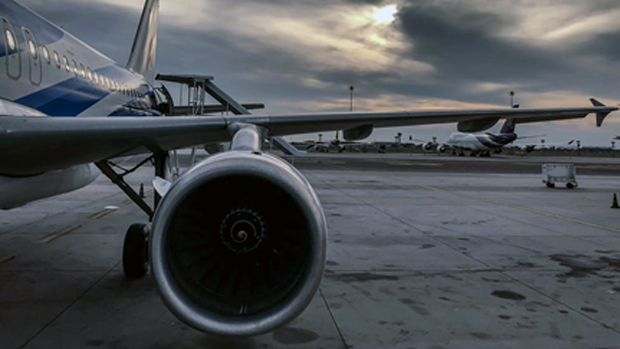 By Mark Soler21st April 2021No Comments

​On the 23rd March 2021, the Court of Justice of the European Union (CJEU) rendered a Grand Chamber decision on a preliminary reference transmitted to it by a Swedish tribunal in a matter concerning air passenger rights (Airhelp Ltd v. Scandinavian Airline System SAS, c-28/20). The decision sets out the legal test according to which a strike by workers of an airline undertaking may be considered to be an ‘extraordinary circumstance’ for the purposes of the compensation provisions of Regulation (EC) 261/2004 (the Air Passenger Rights Regulation).

A passenger, S., had booked an internal flight from Malmö to Stockholm which was cancelled by the air carrier, SAS, a few hours before take-off. On the day of the flight, SAS’s pilots decided to strike after negotiations for a new collective agreement between SAS and its pilots failed. The strike lasted seven days. S. decided to assign the litigious rights he possessed against SAS to a debt-collecting undertaking, Airhelp Ltd. The latter brought proceedings against SAS claiming that compensation was owed to S. according to the Air Passenger Rights Regulation (under Articles 5(1)(c) and 7(1)(c) respectively). In its defence, SAS pleaded that it should not be made to pay compensation to Airhelp since the cancellation of the flight was due to an ‘extraordinary circumstance’ outside of its control.

Regulation (EC) 261/2004 harmonizes air passenger rights across the EU. Its most prominent provisions concern the award of compensation to passengers of flights which have been cancelled without adequate forewarning. Article 5 in particular states that passengers whose flight was cancelled on the day of departure shall be entitled to full reimbursement of their ticket (Article 8) as well as a fixed amount of compensation depending on the length of the scheduled flight (Article 7). However, air carriers shall not be made to pay the fixed amount of compensation under Article 7 if they can prove that the cancellation was: “caused by extraordinary circumstances which could not have been avoided if all reasonable measures had been taken.” The Regulation, therefore, tries to strike a balance between the strict liability of air carriers under the air transport contract and the freedom of air carriers to cancel contracts which prove impossible to perform due to the occurrence of some unforeseen external circumstance.

The Swedish tribunal hearing the case between Airhelp and SAS went on to ask the CJEU whether a lawfully initiated strike which is announced by a workers’ organisation for the purpose of securing pay increases for pilots constitutes an ‘extraordinary cirucmstance’ within the meaning of the Air Passenger Rights Regulation.

The CJEU’s Grand Chamber started by reiterating previous case-law according to which the concept of ‘extraordinary circumstances’ in the Air Passenger Rights Regulation comprises any event which meets two cumulative conditions: it must not be inherent, by its nature or origin, in the normal exercise of an air carrier’s activity (I) and it must be beyond the actual control of the air carrier (II). Since the objective of the Air Passenger Rights Regulation is ensuring a high level of protection for air passengers, and since the rule on ‘extraordinary circumstances’ derogates from the principle that passengers should be compensated in the case of cancelled flights, the two requisites mentioned above should be interpreted strictly.

The court found that a strike whose objective is limited to obtaining from an air transport undertaking an increase in the pilots’ salary, a change in their work schedules and greater predictability as regards working hours constitutes an event that is inherent in the normal exercise of the undertaking’s activity. To support its conclusions, the court cited Article 28 of the Charter of Fundamental Rights of the European Union which enshrines the right of trade unions and their members to take collective action when collective bargaining fails to deliver fruitful results. A strike is therefore an entirely normal manifestation of the right to collective action which every employer should be prepared to face in the normal exercise of his activity. In Krüsemann (c-195/17) the court also held that it is natural for air carriers to be faced with conflict when adopting restructuring and reorganisational measures that impact on workers’ rights. This requisite was therefore not met.

On the question whether the strike fell beyond the air carrier’s actual control, the court stated that since the right to strike is a fundamental right of workers guaranteed by the EU Charter, a strike’s launch is foreseeable for any employer, especially if notice of strike is given in accordance with national legislation. In SAS’s case, the strike notice period under Swedish law was fully respected.

Moreover, since the occurrence of a strike is foreseeable for the employer, the latter has the means to prepare for it and mitigate its consequences, with the result that at least some form of control is retained over events. Like any employer, an operating air carrier faced with a strike by its staff that is founded on demands relating to working and remuneration conditions cannot claim that it does not have any control over that action. It is irrelevant to the question of control whether the strikers’ demands are unreasonable or disproportionate.

A strike of an air carrier’s staff also constitutes an internal event, whereas the extraordinary circumstances exception in the Air Passenger Rights Regulation has been held to apply to events of an ‘external’ character. External events include things like collisions, damage to aircraft by groundhandling crews, presence of petrol on runways, and hidden manufacturing defects or acts of sabotage or terrorism. A strike to raise the pay of pilots does not seem to “arise from a natural event or an act of a third party”, as intended by the EU legislature. Therefore, only strikes which are external to the activity of the air carrier (strikes by airport staff or air traffic control staff) may constitute ‘extraordinary circumstances’.

The decision did not stop there since the court went on to examine whether SAS’s arguments based on breach of its fundamental rights were legitimate:

THE SIGNIFICANCE OF THE DECISION

‘Extraordinary circumstances’ under Regulation (EC) 261/2004 have certainly been restricted by the court. It is now clear that as long as a strike is connected to demands relating to the employment relationship between the air carrier and its staff, it will not fall outside the actual control of the air carrier. An exception seems to have been implied in cases of illegal strikes which are not called by trade unions in full respect of national legislation and which the air carrier would not be able to foresee without receiving advanced notice of the strike. This means that almost all staff strikes which can bring an air carrier to a halt will, in principle, not allow an air carrier to evade its obligation to compensate passengers for flight cancellations.

However, it is clear that the Airhelp decision is not simply confined to the legal definition of ‘extraordinary circumstances’ (this can be seen from the fact that the court was convened in its most solemn form). The Grand Chamber’s judgment has indirectly enforced worker rights by making an air carrier incur extra costs while in the process of collective bargaining. Worker strikes will now be considered to potentially engage the liability of an air carrier in relation to its third-party contractors, for breach of contract brought about by those strikes. Air carriers will certainly be afraid of future strike action by pilots since such an event may be financially devastating, especially in a sector where operators are currently struggling to offer their services.

Finally, the decision in Airhelp traces the contours of certain economic rights and liberties which are considered fundamental by the EU Charter (and also by certain national constitutions). Consumer protection has been confirmed as a constitutionally protected interest that can justify an incursion upon the right to freely conduct business across the EU and the right to property, even if such an incursion provokes substantial negative economic consequences for air carriers. The EU legislator, so intent on improving consumer protection standards within the EU, will be content with this judgment.