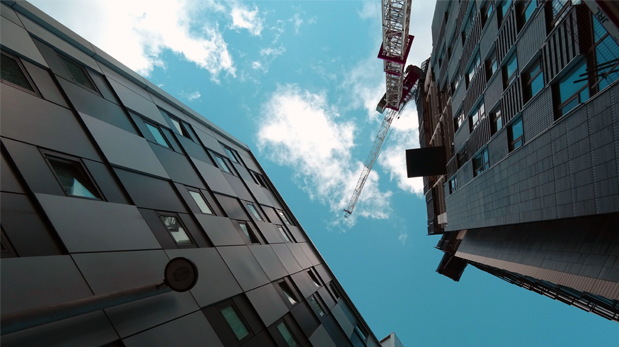 Tower Crane Passing over Airspace Owned by a Third Party

By David Grech9th October 2018No Comments

The passing of a tower crane over airspace owned by a third party is an invasion of such party’s airspace. Ownership of the airspace over one’s property is a basic legal concept, and the law protects against an invasion of property that is not permitted by law.

The law does permit third party use of a person’s property in certain situations. These are ‘easements’ or servitudes. They can be created by special laws (such as the rights given to aircraft), and by the Civil Code (such as the necessary right of way).

The special laws that refer to construction and cranes do not specifically or even impliedly allow cranes to pass over other persons’ property without the other person’s consent (nor do they prohibit it). The Civil Code does not seem to contain any easement that allows this. There is Article 446, which grants the right of access to and passage over tenements for the carrying out of works, but it is doubtful whether this article is intended to apply to the situation of a tower crane.

There is, therefore, apparently no clear legal justification for a tower crane to pass over another person’s property. There does not appear to be much case law on this point. There have been a few cases where a tower crane caused damage to third party property or caused injury, but the fact of moving into third party property was not raised as an issue. A court is likely to be cautious and mindful of the fact that prohibiting such crane use would potentially stop most development in Malta. Italian law (which is similar to Maltese law on this point of ownership of airspace) and Italian case law suggest that the passing of a tower crane over one’s property is not in itself prohibited, but if there are reasonable grounds for concern for the safety of persons or damage to property, guarantees may be required, and possibly also the temporary suspension of the use of the crane.

One could consider asking the Police to take criminal action on the basis of Article 85 of the Criminal Code on the exercise of a pretended right (“ragion fattasi”), but this is legally, and in practice, not straightforward.

One should also refer to the following relevant legislation specific to lifting equipment and aimed at its safe operation:

1). Work Equipment (Minimum Safety and Health Requirements) Regulations. This was originally issued in 2004 but has now been replaced by S.L. 424.35 (L.N. 293 of 2016). The regulator is the Occupational Health and Safety Authority.

2). Avoidance of Damage to Third Party Property Regulations (S.L. 513.02). The regulator is the Building Regulation Office.

Broadly speaking, the following must be in place:

3). certification by a competent person of the crane’s anchorings and supports;

4). valid certificates of the persons allowed to operate the crane;

5). copy of the risk assessment for lifting loads over third parties and appropriate procedures relative thereto;

6). proof of insurance to adequately cover occurrence of death, injury and damages that can be sustained by owners and their property; and

A White Paper (Proposal to Establish New Building and Construction Regulator) published recently by the Ministry for Transport, Infrastructure and Capital Projects recognises a number of challenges within the construction industry that need to be addressed in future legislation, including outdated legislation. The objectives of this proposal include the creation of a new “super regulator” for the building and construction industry, and the updating and consolidation of the laws and regulations related to the industry. The Ministry has invited comments, suggestions and feedback.