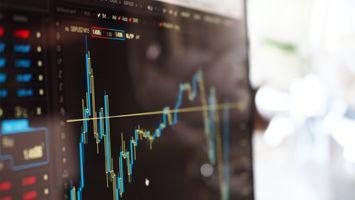 By Katya Tua21st March 2017No Comments

Under Maltese law, collective investment schemes that qualify as Professional Investor Funds (“PIFs“) are subject to a significantly lighter and more flexible regime than retail funds. Hedge funds, funds of funds, private equity funds, and property funds, are typically set up as a PIF, in Malta. The Investment Services Rules for Professional Investor Funds, issued by the Malta Financial Services Authority (“MFSA“) cater for a regulatory framework that is both robust and adaptable, allowing managers and promoters to innovate and to develop new products to meet the changing needs of the market.

Changes to the Investor Base

On 1 April 2016, the MFSA announced the intention to consolidate and reduce the number of fund frameworks which were available to fund promoters under Maltese law. A major part of such consolidation is the reduction in target investors. Following such amendments, PIFS may only be promoted to qualifying investors.The Investment Services Rules for Professional Investor Funds, issued by the MFSA define a qualifying investor as follows:

A qualifying investor is an investor that fulfils the following criteria:

It should be noted that the total amount invested may not fall below the established threshold of EUR 100,000 unless this is the result of a fall in the net asset value. Furthermore, provided that the minimum threshold is satisfied, additional investments of any size may be made. The minimum investment requirement applies to each individual “qualifying Investor“. PIFs are not subject to any investment or borrowing (including leverage) restrictions other than those which may be specified by the Fund in its respective offering document.

A CIS may be structured as a multi-fund (umbrella) scheme, with a number of sub-funds thereunder, constituted by one or more different classes of shares (which could be denominated in different currencies).The assets and liabilities of each sub-fund are considered to constitute a separate patrimony distinct from the assets and liabilities of (and ring-fenced from the creditors of) the other sub-funds.

Furthermore, it possible for a CIS in the form of a SICAV to be constituted as an incorporated cell company (“ICC“) in accordance with the Companies Act (SICAV Incorporated Cell Companies) Regulations (Legal Notice 559 of 2010). The ICC may establish one or more funds as incorporated cells, each cell being a limited liability company (SICAV or INVCO) with separate legal personality (unlike the sub-funds of a multi-fund SICAV, which may have their assets and liabilities treated as a separate patrimony but do not have legal personality separate from that of the SICAV) and requiring a CIS licence independently from the ICC. It is also possible to set up a Recognised Incorporated Cell Company (“RICC“); the RICC is consituted as a limited liability company, which may establish incorporated cells in the form of SICAVs or INVCOs, and which purports to provide such incorporated cells with administrative services, in accordance with the Companies Act (Recognised Incorporated Cell Companies) Regulations (Legal Notice 119 of 2012). The RICC is required to obtain recognition from the MFSA for the provision of administrative services, while each incorporated cell must obtain a CIS licence. The rules on ICCs and RICCs are designed particularly to accommodate fund platforms. The RICC structure presents certain advantages compared to the ICC, including the fact that the RICC itself must not be licensed as a CIS, the incorporated cells of an RICC may themselves be constituted as umbrella companies, with their own segregated sub-funds, and such incorporated cells may consist of a mix of externally managed and internally managed CISs.

The application for a licence to operate a PIF must be made to the MFSA. The MFSA may only license a PIF if it is satisfied that the PIF will comply in all respects with the relevant legislation, regulations and rules and that its directors and officers, or in the case of a unit trust or limited partnership, its trustee(s) or general partner(s) respectively, are fit and proper persons to carry out the functions required of them in connection with the scheme.

Upon submission of all documentation relative to the licence application in draft form (to the satisfaction of MFSA) and payment of the application fee, it is usually a matter of weeks for the MFSA to issue an in-principle approval in respect of the Fund.This is then followed by a submission of all documents duly signed in original, after which the MFSA issues a licence accordingly.

It is possible for PIFs to be set up as self-managed funds, in which case the PIF would be subject to a minimum capital requirement (EUR125,000 or USD125,000) and certain other supplementary licensing conditions. Self-managed PIFs may establish an in-house Investment Committee, which is expected to hold the majority of its meetings in Malta. The Investment Committee may delegate the day-to-day investment management of the assets of the PIF to one or more Portfolio Manager/s, who will effect day-to-day transactions within the investment guidelines set by the Investment Committee and in accordance with the investment objectives, policy and restrictions described in the fund’s Offering Document/ Marketing Document.

Exemptions from the licensing requirement for foreign service providers

The following foreign services providers, appointed in respect of a PIF licensed by the MFSA, are exempt from the requirement to hold a licence or recognition certificate issued by the MFSA under the Investment Services Act:

where the MFSA is satisfied that such person is of sufficient standing and repute. The above mentioned exemptions from the licence / recognition requirement are not automatically operative; their applicability is subject to a determination in writing by the MFSA that the requested exemption applies.

Foreign funds established as a company in jurisdictions permitting redomiciliation, may apply to be registered as being continued in Malta under the Companies Act (Chapter 386 of the Laws of Malta), without the need to wind-up the company and to create a new entity.

The rules applicable to PIFs are formulated as Standard Licence Conditions (“SLCs”) established by the MFSA and set out in the Investment Services Rules for Professional Investor Funds. The MFSA may agree to disapply or amend certain SLCs (where the circumstances justify such treatment, as long as investors are adequately protected) and/or to impose additional conditions.

PIFs are required to appoint a Compliance Officer, a Money Laundering Reporting Officer and a local auditor approved by the MFSA. They are subject to certain minimum disclosure, record keeping and reporting requirements.

If a PIF effects its investments through one or more SPVs owned or controlled via a majority shareholding of the voting shares either directly or indirectly by the PIF, the SPV(s) must be established in Malta or in a jurisdiction which is not an FATF blacklisted country. In principle, the PIF must through its directors or general partner(s) at all times maintain the majority directorship of any SPV.

PIFs are permitted to use side pockets in order deal with situations where certain assets within the fund’s portfolio become illiquid or comparatively hard to value, subject to certain conditions.

The use of side letters is allowed, but these must be circulated and approved by the Board of Directors / General Partner / Manager prior to issue, and must be kept in Malta at the registered office and be made available to MFSA for inspection.

Drawdown arrangements, whereby investors commit themselves to subscribe for a maximum amount of units in the fund which may be issued at a discount, are also permitted subject to certain disclosure requirements and other conditions.

The fee structure for fees payable to the MFSA by PIFs and AIFs is as follows:

For tax purposes, a distinction is made between prescribed and non-prescribed funds. Essentially, a CIS that has assets situated in Malta constituting at least 85% of its total asset value is classified as a Prescribed Fund; other licensed funds, including funds in an overseas-based scheme, are Non-prescribed Funds.

There is no withholding tax on investment income received by Non-prescribed Funds (including overseas based CISs), which enjoy an exemption from tax on income (other than income from immovable property situated in Malta) and capital gains realised on their investments and also enjoy a blanket stamp duty exemption on their transactions.Please also note that there is no Wealth or Net Asset Value Tax in Malta.

Foreign investors are not subject to Maltese tax on capital gains or income when they dispose of their investment (through redemption by the Fund or disposal to a third party) or when they receive a dividend or other income from the Fund.These would also be entitled to benefit from the stamp duty exemption obtained for the Fund in connection with the acquisition or disposal of their units in the Fund.

Apart from the tax treatment of Funds and investors therein described above, foreign Fund Managers find Malta to be a tax efficient location in respect of fee and participation income or gains (including carried interest through participation shares or otherwise in the Fund) which they receive from the Fund, particularly when they establish their own operations in Malta but also when they remain established in, and provide the management services from, their own jurisdiction.This is mainly due to the fact that Maltese lawoffers flexibility to structure participation income / carried interest in a variety of ways (whether as dividends, capital gains or bonus shares) which when coupled with the various tax benefits offered by Maltese tax domestic laws can offer substantial opportunities of tax planning and tax efficiency in the light of the tax treatment and practice of their own jurisdictions (when they eventually repatriate the funds in such jurisdiction).

Amongst the local tax benefits which have usually and will continue to come useful in the context of such tax planning are:

-the 6/7 refund of tax granted to non-resident shareholders of Maltese companies (or foreign companies carrying on activities in Malta) who would have paid tax in Malta on income generated or otherwise taxable in Malta (e.g. investment management activities) at the standard rate of tax at 35% (leaving a tax leakage of a maximum 5% in Malta which in some cases can be further reduced) – this does not apply to non-prescribed funds which do not pay tax in Malta and consequently there is no need to grant a refund to non-resident shareholders (which receive tax-free dividend);

-no Maltese tax on dividends (including bonus shares which are considered as dividends under Maltese law) paid by a Maltese company or by Maltese collective investment scheme to non-resident shareholders;

-no stamp duty on issues or transfers of shares in Maltese companies the majority of whose business interests are situated outside Malta;

-no tax on capital gains made by non-residents on the disposal of their shares in Maltese companies or the redemption of their units in collective investment scheme.

This document does not purport to give legal, financial or tax advice. Should you require further information or legal assistance, please do not hesitate to contact Dr. Katya Tua and Dr. Luke Mizzi.