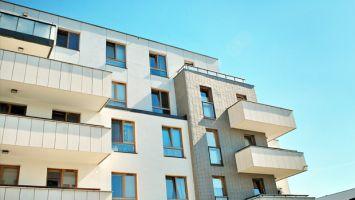 The Maintenance of Roofs, Floors & Ceilings under Maltese Law

By Stephen Muscat30th November 2017No Comments

This article was written by Dr. Stephen Muscat & Dr.Mark Soler.

The continuous urbanization and gentrification of the Maltese landscape has augmented the importance of maintaining well-regulated neighbourly relations among residents living in densely populated areas of the Island. A common dispute which arises among the owners of units situated within a condominium[1] concerns the maintenance of certain common parts, particularly:

1. The corresponding floors and ceilings which run horizontally between two private units within the condominium, separating them vertically; and

2. The roof of a condominium which runs horizontally between the uppermost privately-owned unit and the upper surface of the building (the roof).

If any of these structures requires repairs, who should pay for them and how will the Maltese Courts apportion the expenses among the various condomini?[2]

Traditionally, the Maltese Civil Code regulated the matter under Article 423:

This Article was interpreted in Emanuel Fenech -vs- Tabib Dottor Anton Mercieca.[3] In this case the plaintiff instituted an action against the other co-owners within his block of apartments for the recovery of expenses in relation to the maintenance of the roof above his apartment. The defendants pleaded, inter alia, that the plaintiff alone should pay for the expenses incurred since the roof of the block formed part of his private ceiling. The Court disagreed with this line of reasoning. While the roof of the building does indeed form part of the ceiling of the uppermost apartment, it is also a vital component of the entire block. However, the Court fell short of applying Article 492 Civ. C.[4] According to this latter Article the expenses would have to be supported by each of the co-owners in proportion to their share of co-ownership in the block (in this case one-eighth of the expenses (1/8th) each since there were eight co-owners). By contrast, in applying Article 423 Civ. C. the Court adopted the following ratio:

Considering the reciprocal advantages that the ceiling (held privately) and roof (held pro indiviso) acquire through the maintenance works, the expenses necessary for the occurrence of those works must be divided, as to fifty-percent (50%) by the owner of the uppermost flat (plaintiff), and as to the remaining fifty-percent by all the co-owners together, in equal portions between them.

(1) The costs necessary for the preservation, maintenance, ordinary and extraordinary repairs, for the enjoyment of the common parts, for the rendering of services in the common interest and for the alterations agreed upon by the condomini are to be divided between the condomini in proportion to the value of the property of each condominus, saving always any contrary agreement.

(2) Where the expenses are made with respect to anything that serves the codomini in an unequal measure, the expenses shall be apportioned in proportion to the use that each one can make.

This Article was introduced from the Italian Civil Code’s provisions on condominia. In interpreting this Article, the Italian Court of Cassation has held:[6]

Within the context of condominia, the principle of division of expenses for the conservation and enjoyment of the common parts, envisaged by the first comma of Article 1123 C.C.[7] does not apply when the thing repaired is destined to serve the condomini in unequal measure. As long as there is no agreement to the contrary, the principle that should apply is the proportionality of expenses and use established by the second comma of that same Article.

This dictum was applied in Joseph u Maria konjugi Borg -vs- Emanuel Cauchi et.[8] In that case, the plaintiffs (owners of the uppermost tenement) sued the defendants (owners of the underlying tenement) for their share of expenses incurred in the maintenance of the flooring of the roof. The block was made up of three separate units. The Court began by stating that the maintenance of ceilings is caught by the common obligation of preservation of the condominium by all the condomini.[9] While Article 12 of the Condominium Act regulates the expenses related to a very specific common part, namely the ceiling separating a higher and lower storey of a condominium, Article 11(2) regulates all those other common parts which are structurally essential to the building as a whole and which benefit all the condomini. Applying Article 11(2) to the facts of the case, the Court concluded that the repairs made to the roof of the block, common to all the condomini, benefitted the uppermost flat in greater measure. Considerations of equity required the owner of the uppermost flat to pay a greater share of the expenses incurred in reparation of the roof.[10] Following the same equation laid down in Fenech -vs- Mercieca (reported at Footnote 3 above), the Court decided that plaintiffs were to pay for fifty-percent (50%) of the expenses representing their ownership of the ceiling of their flat, together with one-sixth (1/3 x 1/2 = 1/6) of the expenses relating to the maintenance of the floor of the roof. Defendants were made to pay their respective one-sixth share of the expenses relating to the roof.

So far, the cases discussed above deal with the maintenance of the roof in a condominium. The most instructive case governing the maintenance of corresponding ceilings and floors separating privately-owned units is Vella pro. et. noe. -vs- Pauline Mizzi et.[11] Where a ceiling separates two private units horizontally then the expenses must be paid for equally by the owners of the two respective units. This is confirmed by Article 12 of the Condominium Act, which reads:

However, if the deterioration or damage to the ceiling/floor was caused by the negligence or fault of one of the co-owners then it is that co-owner who shall pay for the entire maintenance, on the strength of the general principle that whoever causes damage by his own fault to another’s property must make good the damage in whole.[12] Moreover, there is nothing barring the two respective owners from reaching an agreement as to the division of expenses, since Article 12 of the Condominium Act is not a rule of public order.[13] On the contrary, the rule in Article 11(2) of the Condominium Act, discussed in the first part of this paper, regarding the equitable division of expenses with respect to things that serve the condomini in an unequal measure cannot be derogated from.[14]

[2] For the purposes of this paper a condominus is defined as the owner of a private unit within a building containing two or more privately-owned units as referred to in Footnote 1 above.

[4] Each of the co-owners may compel the others to share with him the expense necessary for the preservation of the common property, saving the right of any of such other co-owners to release himself from his liability therefor by abandoning his right of co-ownership.

[13] Vide Article 3 of the Condominium Act; If the agreement is contained within a public deed then the consequences of that agreement should be explained to the parties by the Notary publishing the deed.

​​Disclaimer
This document does not purport to give legal, financial or tax advice. Should you require further information or legal assistance, please do not hesitate to contact Dr. Stephen Muscat.