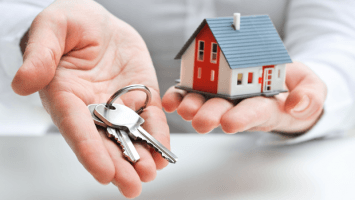 Sub-Letting of Commercial Tenements After 31st May 2018 – Let it Be!

By Jonathan Abela Fiorentino8th March 2018May 11th, 2022No Comments

In terms of article 1531I of the Civil Code, as introduced by the amendments to the rent laws in 2009, a lease of commercial premises made before the 1st June 1995 shall terminate on 31st May 2028, unless a specific period has been stipulated in a contract and subject to the other specific provisions contained in this provision as may be applicable in a given case.

In the case of sub-letting of commercial tenements made before the 1st June 1995, these shall terminate on 31st May 2018. This cut-off date does not apply if the sub-lease was made by agreement with the lessor.

A Bill was introduced in Parliament on 29th January 2018 intended to amend this provision regulating the sub-letting of commercial tenements, by providing sub-lessees currently managing their business from premises held under title of sub-lease terminating on 31st May 2018 by operation of the law with the option of requesting an extension of the term of the sub-lease to the Rent Regulation Board (RRB).

This Bill is currently being debated in Parliament and is in its second reading. The proposed amendments contained in the said Bill set out the parameters within which a request for an extension of the term of the sub-lease may be made and/or granted, and these are the following:

These are in brief the proposed amendments contained in the Bill. Until the Bill passes through Parliament and is enacted in to law, these proposals may be further changed and amended. Mamo TCV will be following the evolution of this Bill and will be reporting further in due course as soon as the final Act of Parliament amending the Civil Code is enacted.

Disclaimer
This document does not purport to give legal, financial or tax advice. Should you require further information or legal assistance, please do not hesitate to contact Dr. Jonathan Abela Fiorentino.