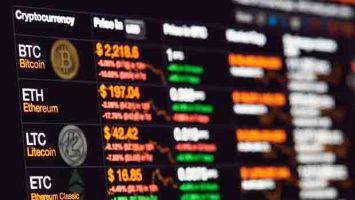 By MamoTCV22nd May 2018No Comments

The Maltese Government has presented the much-anticipated Virtual Financial Assets Bill for its second reading in Parliament. The Bill introduces a regulatory framework in relation to the issuing of Initial Virtual Financial Assets (more commonly known as International Coin Offerings or “ICOs”). The publication of the Bill comes at a critical time, given the rapid surge in interest in Malta from several cryptocurrency exchanges since the Government first announced its intention for Malta to become the “Blockchain Island”.

In a world where rigorously regulated jurisdictions are in short supply, the demand is considerable, leading several exchanges to relocate to Malta before the draft laws were even disclosed to the public. The publication of the Bill will no doubt encourage a number of cryptocurrency exchanges to follow suit.

The Bill proposes to regulate what the law terms as “VFA Exchanges” operating in or from within Malta and which accordingly will provide greater clarity to persons considering Malta as a potential jurisdiction of choice for their business.It introduces a robust but practical legal framework in relation to the regulation of a VFA Exchange, which is defined as “a DLT [1] exchange operating in or from within Malta, on which only virtual financial assets may be dealt with in accordance with the rules of the platform or facility, which is licenced by the competent authority under this Act to provide such services”.

Under the Bill, a virtual financial asset (“VFA”) is defined as “any form of digital medium recordation that is used as a digital medium of exchange, unit of account or store of value and that is not (a) electronic money, (b) a financial instrument, or (c) virtual token”, while a virtual token (“VT”) is defined as “a form of digital medium recordation that has no utility, value or application outside of the DLT platform on which it was issued and may only be redeemed for funds on such platform directly by the issuer of such DLT asset, provided that electronic money shall be excluded from this definition.”

Accordingly, in order for an exchange to be classified as a VFA Exchange under the proposed Virtual Financial Asset Act (“Act”), the VFA Exchange would have to limit its activities and any related services to VFAs, to the exclusion of electronic money, financial instruments (which are governed in terms of existing national and EU legislation) and VTs (also known as “utility tokens”).

The operation of a VFA Exchange is listed as a licensable activity under the Second Schedule of the Bill. It follows therefore that a licence from the Malta Financial Services Authority (MFSA) as the competent authority will be required prior to the VFA Exchange commencing operations. The Bill lays out a practical and efficient licence application process while clearly specifying the obligations of licence holders.

The Bill is in line with Malta’s aim to become a world leader in the nursing and regulation of distributed ledger technology and virtual financial assets.

[1] At present, Distributed Ledger Technology or DLT is defined as a digital or electronic database or ledger in which information is recorded, consensually shared, and synchronised across a network of multiple nodes and :

(a) Is distributed, decentralised, shared and replicated;
(b) May be public or private, permissioned or permissionless or a hybrid therein;
(c) Is immutable and protected with cryptography;
(d) Is auditable.

[2] The Bill defines a VFA Agent as

(a) an advocate, accountant or auditor; or
(b) a firm of advocates, accountants or auditors, or corporate services providers; or
(c) a legal organisation which is wholly owned and controlled by persons referred to in paragraphs (a) or (b).

Disclaimer
The opinions expressed in this article are the author’s own and do not necessarily reflect the views of Mamo TCV or any person associated with the firm. Should you require further information or legal assistance, please do not hesitate to contact Dr. Christina Scicluna or Dr. Antoine Camilleri.