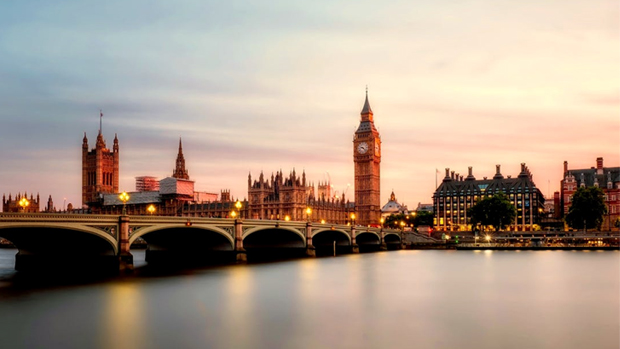 By Simon Pullicino22nd February 2021No Comments

Prior to 1st January, 2021, the cross-border recognition and enforcement of insolvency proceedings and judgements between the European Union (“EU“) and the United Kingdom (“UK“) was largely consolidated within the framework of the European Insolvency (Recast) Regulation (the “EIR“) which generally attributed automatic recognition to such proceedings and/or judgements. Following the end of the Brexit transitional period on the 31st December 2020, the EIR no longer applies to the UK. Consequently, insolvency proceedings opened in the UK after 31st December 2020 will not benefit from automatic recognition.

The end of the application of the EIR with respect to the UK left behind a regulatory void which was left unaddressed and unaccounted for when the EU-UK Trade and Cooperation Agreement (the “TCA“) was reached on Christmas Eve, 2020.

As a preparatory step to try and mitigate this possible void, the UK did opt to retain a number of jurisdictional hallmarks of the EIR. The Insolvency (Amendment)(EU Exit) Regulations 2019 (as subsequently amended by the Insolvency (Amendment) (EU Exit) Regulations 2020) dealing with the retention under UK domestic law of certain aspects of the EIR came into force on 31 January, 2020.This legislation essentially retained previous EIR rules on the jurisdiction of the English courts to open insolvency proceedings in relation to debtors who have their centre of main interest (or “COMI“) in the UK or in the case of the COMI being situated in a EU Member State, if the debtor has an establishment in the UK. Even though this legislation would apply a similar test for determining a debtor’s proper jurisdiction for the purpose of insolvency proceedings as under the EIR, the fact that such proceedings would lack the benefit of automatic recognition previously enjoyed under the EIR is significant.

This has inevitably raised practical considerations for insolvency practitioners, restructuring lawyers, creditors and debtors, both in the UK and EU, with respect to their future approach to cross-border insolvency proceedings.

Following the loss of automatic recognition, recognition and enforcement of insolvency proceedings opened in the UK would be determined in accordance with the various domestic insolvency laws of the individual member states (which would include the EIR to the extent applicable). Whilst this would mean that cross-border recognition remains attainable, in practice, it would involve a lot more piece-meal proceedings with additional costs and procedural hoops to jump through thereby rendering the process a lot more cumbersome than the pre-Brexit system.

In the case of Malta, recognition would be sought primarily under the rules contained in the Code of Organisation and Civil Procedure (the “COCP“) regulating the enforcement of foreign judgements. The general rule under Article 826 COCP is that “any judgement delivered by a competent court outside Malta and constituting a res judicata may be enforced by the competent court in Malta upon an application containing a demand that the enforcement of such judgement be ordered.”

To be capable of enforcement, the UK judgement or order must be res judicata i.e. definitively settled without any further right of appeal, in terms of English law. Furthermore, it must not fall foul of any one of the procedural barriers to enforcement contemplated under the COCP. Indeed, the general rule that foreign res judicata judgements may be enforced in Malta is disapplied where:

Recognition and enforcement could also be possible under the British Judgements (Reciprocal Enforcement) Act provided that the UK judgement or order requiring recognition is one which satisfies the particular definition of “judgement” under the aforementioned Act. Under the British Judgements (Reciprocal Enforcement) Act the term “judgement” is defined as “any judgement or order given or made by a court in any civil or commercial proceedings, whether before or after the passing of this Act, whereby any sum of money is made payable.”

Malta is not amongst the handful of EU Member States who have adopted, as part of their domestic insolvency legislation, the UNCITRAL Model Law on Cross-Border Insolvency.

Recognition of EU Proceedings & Judgements in the UK

Post-Brexit, insolvency proceedings opened in the EU are put on the same footing as other foreign proceedings. The UK had already adopted the UNCITRAL Model Law into its domestic law with the enactment of the Cross-Border Insolvency Regulations 2006. Under the Model Law there is no requirement of reciprocity so that EU insolvency practitioners or parties can still seek recognition into the UK under the Model law.

Assistance may also be sought from the English courts by foreign insolvency practitioners under common law principles.

Impact on Schemes of Arrangements

Under English law, schemes of arrangements are a statutory compromise between a company and its creditors or its members, and have long enjoyed unrivalled popularity as a mode of restructuring across the EU. Predictably, the impact of Brexit on this favoured restructuring model has generated considerable discussion within the European restructuring market.

Schemes of arrangements fell outside the scope of the EIR. Consequently, prior to Brexit, the legal basis for the cross-border recognition of scheme of arrangements relied upon was the Brussels Recast Regulation (on jurisdiction and on the recognition and enforcement of judgements in civil and commercial matters). Since the BrusselsRecast Regulation no longer applies to the UK, questions have been raised regarding the possible detrimental impact of Brexit on the use of schemes of arrangements as a mode of restructuring.

Given the commanding role which the UK restructuring market has played over the years, the impact of Brexit on schemes of arrangement is not thought to be too severe. Since the Brussels Recast Regulation is no longer applicable, an English court, in determining whether it has the requisite jurisdiction to sanction a scheme of arrangement would no longer be subject to any jurisdictional hurdles applicable under the said Regulation. Rather, an English court would consider whether the debtor company in question had a sufficient connection to the UK. The English court would also need to consider whether the scheme in question would be likely to achieve a substantial effect in the jurisdictions where the company carries out its business. Admittedly, the loss of recognition and enforcement under the Brussels Recast Regulation inevitably means that having the sanctioning of the scheme of arrangement recognised in EU member states is less clear, and subject to the divergent approaches under the relevant domestic laws. Once again, these recognition proceedings would entail additional costs and time delays.

The post-Brexit scenario will certainly provide new challenges to cross-border insolvency, especially considering the fact that a bilateral legal framework to substitute the EIR is not envisaged for the time being. Certain developments, such as the UK’s potential accession to the Lugano Convention (providing rules on automatic recognition and enforcement broadly similar to the predecessor of the Brussels Recast Regulation) for instance, would help add greater legal certainty to the market (since for instance such a move should make the recognition and enforcement of English schemes of arrangements more straight-forward).

In the meantime, from the UK’s perspective, the general outlook remains positive. There is widespread consensus that the UK will continue to retain its place at the apex of the European cross-border insolvency market, given its well-established legal regime. From the EU’s perspective, the restructuring legal landscape is already undergoing a formidable reforming act with the incoming European directive on preventative restructuring frameworks (Directive 2019/1023). It is hoped that once implemented, the Restructuring Directive would mark a noticeable shift in European restructuring practice towards the restructuring regimes in the UK and the US.

This document does not purport to give legal, financial or tax advice. Should you require further information or legal assistance, please do not hesitate to contact Dr. Simon Pullicino on simon.pullicino@mamotcv.com