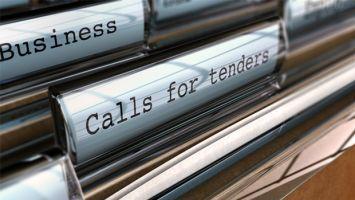 New Public Procurement Regulations Issued on the 28th of October 2016

By Joseph Camilleri1st November 2016No Comments

On the 28th of October, 2016, four new legal notices were issued which will significantly change the regime of public procurement law in Malta. The legal notices are meant to transpose into Maltese law the 2014 EU Public Procurement Directives namely:

Directive 2014/23 – on the Award of Concession Contracts

In line with Directive 2014/23, the Concession Contract Regulations (L.N. 353 of 2016) now specifically regulate the award of works and service concessions, setting out the specific procedures to be followed in such awards.

The Public Procurement Regulations (L.N. 352 of 2016) revoke the Public Procurement Regulations of 2010 and transpose into Maltese law the provisions of Directive 2014/24 EU. The Regulations have introduced a number of new concepts, including the possibility of the blacklisting of tenderers involved in illegal and irregular activities such as fraud and money laundering. For this purpose, the Regulations stipulate that a Commercial Sanctions Tribunal be set up to decide upon such matters as appeals by blacklisted operators. The Public Contracts Review Board has been retained, with the authority to hear appeals by aggrieved parties or tenderers and to provide pre-contractual remedies. Another innovation is the devolution of certain discretions and functions previously appertaining to the Director of Contracts to “Ministerial Procurement Units” within each Ministry. The Regulations have also clarified the remedies available to aggrieved parties in line with the Remedies Directive.

The Public Procurement of Entities operating in the Water, Energy, Transport and Postal Services Sectors Regulations, 2016 (L.N. 351 of 2016) is specifically applicable to procurement in the said sectors and transposes into Maltese law the new Utilities Directive, whilst revoking the similarly-named Regulations of 2005.

The package of new legal notices is completed by the Emergency Procurement Regulations (L.N. 350 of 2016). This legal notice, which does not have any specific parallel in the EU Directives, envisages a relaxation of the rules generally applicable to public procurement in the context of contracts with a value of less than € 135,000, provided that the necessity to award such “emergency contracts” arises due to unforeseen surges in the use of supplies or as a consequence of issues of national health, security or strategic importance. The Contracting Authorities presently allowed to resort to these Regulations are the Central Procurement Supplies Unit and the Civil Protection Department. Economic operators interested in participating in awards under these regulations are required to register beforehand with the Contracting Authority.

This document does not purport to give legal, financial or tax advice. Should you require further information or legal assistance, please do not hesitate to contact Dr. Joseph Camilleri.