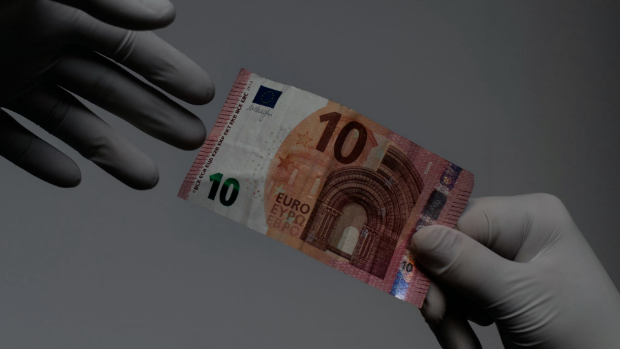 By Michael Psaila30th March 2020No Comments

The First Financial Package consists of two incentives. One measure is dedicated to the postponement of the payment of certain taxes, while the other provides aid in the form of a grant to help employers invest in teleworking technology.

This incentive provides enterprises, including those who are self-employed, with a two-month moratorium on certain taxes. It should however be noted that companies and self-employed persons that failed to pay tax that fell due by December 2019 will not be eligible for this incentive.

The taxes that are eligible under this incentive are the following: provisional tax, employee tax, maternity fund payments and social security contributions, social security contributions of self-employed persons, and value added tax. This incentive applies to eligible taxes that fall due in March and April 2020, although the Government will be studying possible extensions of this incentive. It should be noted that all tax forms should still be submitted by the normal deadlines as required by law.

As the incentive currently stands, save for value added tax, all eligible taxes must then be settled in four equal monthly instalments in the four month period between May and August 2020. Tax due as value added tax must be settled in two equal instalments with the two quarterly returns that immediately follow the quarter the dues of which were deferred.

Any enterprise that benefits under this incentive will not face any penalties or interest with regard to the deferred eligible taxes. However, if a beneficiary breaches any of the terms and conditions of the application of this incentive, the benefit granted would be forfeited and the beneficiary would have to settle his dues as demanded by the Commissioner for Revenue, subject to the payment of interest or penalties.

Applications to benefit from this incentive should be made by 15 April 2020.

The second incentive issued by the Maltese Government aims to support employers and those who are self-employed with investing in technology that would enable teleworking by partially covering the costs of such teleworking solutions.

The following costs are eligible for this cash rebate:

Businesses applying for this incentive will be required to provide certain documentation. Once the application is approved, the business in question will also be required to undertake certain obligations. This call has been extended until 8 May 2020.

In the Second Financial Package, the Government indicated that if will be setting aside the following funds:

2. What about bank loans?

The Government announced that it would be assisting those who cannot keep up with bank loan repayments by allocating around €900 million to guarantee certain loans, which are estimated to amount to approximately €4.5 billion. These funds will be financed by the National Development and Social Fund (NDSF) and EU funds.

Pursuant to this commitment, the NDSF has already agreed to make available €150 million in guarantees to banks, which is intended to provide liquidity of up to €750 million for businesses in the form of soft loans granted by local banks. It is envisaged that these soft loans take the form of longer repayment periods and lower interest rates. The Government also indicated that banks have accepted to grant up to 3 months moratorium on business or personal loans, as guaranteed by the Government.

The Government has specifically indicated that it will not be regulating interest rates, as it expected the market to respond to these economic measures, although it appears that Government is in discussion with banks regarding interest rates.It will be noted that local banks have already put in place certain measures to assist their customers, and some have already, since the Government’s announcement, announced moratoria on loans.

3. Safeguarding the economy and jobs

When announcing the Second Financial Package, the Government had announced other measures aimed at helping businesses, specifically those involved in the restaurant, entertainment, tourism and hospitality sectors. These benefits were in the form of grants of one or two days’ salary per week, based on a monthly salary of €800.However, these grants have since been improved and superseded by the measures announced in the Third Financial Package, which are considered in more detail below.

In addition to the above measures aimed at safeguarding businesses, the Government also announced a number of measures directly aimed at assisting individuals.In particular, it was announced that:

Applications for these scheme are being administered by the Department of Social Security.

With respect to third country nationals, the Government has announced that:

This Package applies to employees with businesses which are hit by the COVID-19 crisis. It distinguishes between two types of businesses – those hardest hit, listed in “Annex A”, and those otherwise adversely effected, listed in “Annex B”.The benefit varies according to the business in question.

Full-time employees and self-employed individuals working in sectors listed in Annex A, where the business suffered due to the COVID-19 outbreak or the businesses had to mandatorily temporarily suspend operations, will be entitled to up to five days’ salary based on a monthly wage of €800. Part-time employees will be eligible for up to €500 per month.

During the press conference announcing the Third Financial Package, it was explained that these benefits will be paid to the employers, who will be paying their employees. The Government indicated that employers had agreed to pay the difference in their employees’ salary, up to a maximum salary of €1,200. As regards higher salaries, the Government appealed for good sense and cooperation to prevail. Government also announced that these benefits apply where businesses re-employ employees they had dismissed since 9 March 2020.

This scheme will be administered by Malta Enterprise. Application forms and exhaustive guidelines for these benefits are not yet available.

Apart from the schemes described above, there are other schemes that are still open and could be made use of by all enterprises, namely: the Business Development and Continuity Scheme; the Skill Development Scheme; Business Advisory Services 2018-2020; and the Family Business Support Scheme. The Commissioner for Revenue also provides assistance on mergers and divisions.

Moreover, other schemes dealing specifically with the COVID-19 outbreak may be announced, depending on the ever-evolving circumstances. We will endeavour to provide updates as and when any new measures are announced.