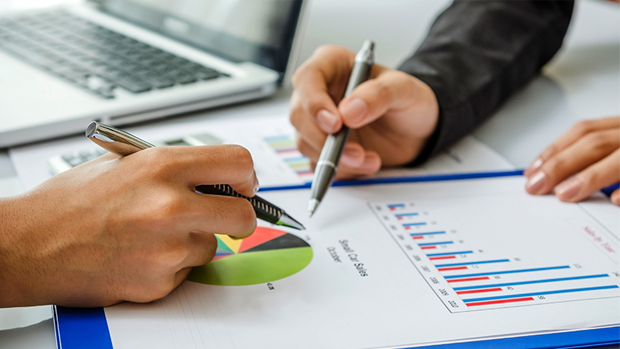 Malta’s Proposition to the Insurance Sector

By Romina Bonnici29th May 2019No Comments

During the past years, Malta’s economy has flourished into one of the most dynamic economies within the European Union (EU). It has recorded positive and strong economic performance.European Commission Spring 2019 Economic Forecast for Malta estimates real GDP growth for 2018 at 6.6% and unemployment rate at 4%.This robust performance has contributed to Malta being re-affirmed with high credit ratings from rating agencies such as Standard and Poor’s, and Fitch and Moody’s.In the financial services sphere, Malta has been making a name for itself as a strong and reputable jurisdiction. ​

The number of insurance undertakings licensed in Malta has risen significantly in the past 10 years from 41 in 2008 to 67 as at the end of March 2019.One fourth (16) of the licensed insurance undertaking are protected cell companies with 54 approved protected cells.Gross written premium in 2017 reached €4.2 billion, a surge of more than 10% when compared to 2016.The number of insurance intermediaries, including insurance managers and other service providers, has also continued to grow in order to support the increase in newly set up companies.

But what is underpinning this growth? What are the factors which are driving this positive and dynamic environment which Malta is experiencing in its insurance sector?

Malta presents several opportunities to companies considering setting up an insurance operation in another jurisdiction or re-domiciliation.

Examples of such opportunities are:

1. Protected and Incorporated Cell Company Structures
Protected cell company (PCC) and incorporated cell company structures are considered to be the ‘crown jewels’ of Malta’s insurance sector. Malta is the only EU Member State which has legislation in place allowing for the establishment of such structures.The flexibility and cost-effectiveness which such structures offer make them a very attractive vehicle to set up insurance operations in Malta. A testament to such popularity is the increase, year on year since the legislation came into force in 2004, in the number of insurance undertakings being established as protected cell companies, which has reached 16 as at end of March 2019 with 54 approved protected cells.Taking advantage of the fact that the Maltese PCC legislation also extends to insurance managers and insurance brokers, Malta is also experiencing growth in the establishment or conversion of such intermediaries into a PCC structure – presently there are 3 insurance management companies and 3 insurance broking firms set-up as PCCs.

For those who may not be familiar with cell company structures, the concept is based on the limited liability company model, the aim of which is to segregate assets and liabilities of separate operations under one single corporate structure.

There are many strong points which the PCC structure offers including flexibility, capital efficiency, cost efficiency and economies of scale.The significant opportunities presented by a PCC structure is evidenced by its diversity of use.The following are tried and tested practical applications of PCC structures:

a) Incubator for innovative business models such as technology-driven start-ups;

b) Insurance operators looking to mitigate the challenges of Solvency II;

d) An effective solution for UK insurers and intermediaries writing risks in the EU to retain access to such markets in a post-Brexit environment by allowing them to continue transacting insurance business through the ownership or use of protected cells in existing PCC structures;

e) Insurance intermediaries seeking to evolve their business model into that of an insurer.

2. Re-domiciliation
Pursuant to the legal framework introduced in 2002 entities constituted outside Malta can be re-domiciled to Malta. This is an efficient way of migrating an insurance company to Malta without having to dissolve and re-incorporate it, thus ensuring continuity of performance and minimum inconvenience to policyholders.

3. Passporting rights into the European Union
On the basis of the single market principle, the licence issued to insurance undertakings and insurance distributors setting up their head office in Malta is recognised throughout the EU and opens the door to the European market, by virtue of which operators are able to undertake cross border business within the EU on a services basis or by establishing a branch without the need to obtain an individual licence in each EU Member State.

4. Robust Regulatory Environment
From a regulatory standpoint, we see Malta obtaining positive recognition of its regulatory framework and approach.This is evidenced in two separate reports published by the European Insurance and Occupational Pensions Authority (EIOPA) in recent months on the results of the Peer Review on probity of board members and qualifying shareholders and of the Peer Review on key functions. These EIOPA reports evidence and support Malta’s efforts in having a robust and rigorous regulatory framework whilst at the same time seeking to deliver an efficient and effective process.

Furthermore, the Malta Financial Services Authority (MFSA), Malta’s single financial services regulator, is considered by market practitioners as an accessible and efficient regulator which encourages an interactive licensing process involving engagement at an early stage of the application journey, encouraging preliminary discussions promoting a transparent dialogue to understand the applicant’s business model, strategies and underlying risks, and also to explain the regulator’s expectations.MFSA’s commitment to reach out and engage with market practitioners was recently evidenced during a regulatory briefing session organised by MFSA for the financial services industry where MFSA outlined the changes within its internal organisational structure, its supervisory priorities and also a number of initiatives aimed at enhancing further the authorisation process.

5. Blockchain, Fintech and Crypto
Malta has embarked on a very ambitious and unique project of implementing a legal and regulatory framework for the blockchain space through the enactment of three new pieces of legislation: the Malta Digital Innovation Authority Act, the Virtual Financial Asset Act and the Innovative Technology Arrangements and Services Act.This framework aims at providing the legal basis for Malta’s vision as the Blockchain Island.

In conclusion, amid today’s reality of ongoing uncertainty, Malta offers a breath of fresh air with several value propositions:

These opportunities are a reality and are there to be grasped.