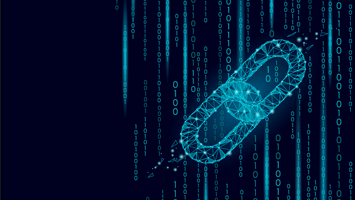 By Luke Mizzi23rd July 2018No Comments

One of the central activities regulated by the VFA Act is the setting up and operation of a DLT exchange and a VFA exchange. The VFA Act defines a DLT exchange as any trading and, or exchange platform or facility on which any form of DLT asset may be transacted. A DLT asset is any virtual token, virtual financial asset, electronic money, or financial instrument that is intrinsically dependant on or utilises DLT. The term VFA exchange refers to any DLT exchange on which only VFAs may be transacted in accordance with the rules of the platform or facility. A virtual financial asset means any form of digital recordation that is used as a digital medium of exchange, unit or account and that is not electronic money, a financial instrument or a virtual token. Therefore, exchanges on which only financial instruments are traded, shall not be licensable in terms of the VFA Act but will fall within the remit of the Investment Services Act.

Amongst other criteria, in order for a VFA to be offered to the public in or from within Malta, or to otherwise begin trading it on a DLT exchange, the VFA Act prescribes that the issuer is to draw up a whitepaper which complies with the requirements specified in the same law and have it registered with the Malta Financial Services Authority (“MFSA”). Furthermore, the structure and content of the required whitepaper are specifically regulated under the VFA Act, as are any advertisements published by the issuer of the VFA

The operation of a VFA Exchange is one of the VFA Services for which a person would need a licence granted by the MFSA as outlined it the VFA Act. The VFA Act highlights the licensing requirements imposed on licensees wishing to offer VFA Services in or from within Malta and also outlines the procedures for the application and granting of the said licences.

One such requirement is that an application for a licence under the VFA Act shall only be made through a VFA Agent which is duly registered under the VFA Act. Apart from having to be registered by the MFSA, such individual must be authorised to carry out the profession of advocate, accountant or auditor.

The VFA Act also requires licencees to appoint or engage the services of an ‘administrator’ or ‘board of administrators’. These individuals are to be in charge of carrying out representative and fiduciary functions on behalf of licence holders and must be of good repute, possess sufficient collective knowledge, skills and experience and commit sufficient time to perform their duties and be able to understand the licence holder’s activities, including the main risks.

The VFA Act introduces various other provisions aimed at the prevention of market abuse by licence holders. Activities such as insider dealing, unlawful disclosure of inside information and market manipulation are prohibited under the provisions of this Act. The law also states that VFA exchanges in particular must have effective systems, procedures and arrangements in place to monitor and detect market abuse. In the case any such activity is detected, there is an obligation to have it reported.

Moreover, amongst other things, the VFA Act establishes the regulatory and investigative powers of the Minister, the duty of auditors as well as the sanctions, remedies and the procedure for appeals from certain decisions of the MFSA.

Disclaimer
This document does not purport to give legal, financial or tax advice. Should you require further information or legal assistance, please do not hesitate to contact Dr. Katya Tua or Dr. Luke Mizzi