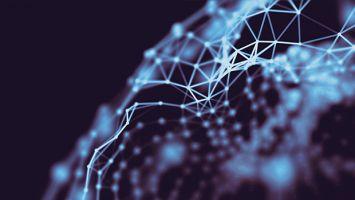 By MamoTCV13th October 2017No Comments

Blockchain can be described as a digital database or ledger which is shared between a network of computers. The premise of blockchain, as well as its distinctive feature, is that it works on distributed trustless consensus. Each transaction entered into the ledger (known as a block) is connected to the block before it and the block after it, creating a chain of transactions which is traceable back to the original transaction. In turn, each computer (known as a node) connected to the network has a copy of all the information stored in this database. The data is continuously updated, verified and reconciled by each of these nodes using mathematical algorithms (sometimes termed ‘proof of work’). In this way, blockchains essentially operate as self-auditing ecosystems. Information stored on a blockchain is hosted by millions of nodes connected to the network, and all data is available to the public and is easily verifiable, thus creating trust among users. Since data storage is decentralised, there is no controlling entity and no specific target that can be hacked, altered or corrupted. The technology speeds up transaction processing times and reduces costs while simultaneously promoting trust, transparency and accountability.

At present, blockchain technology is mainly used to enable the exchange of cryptocurrencies like Bitcoin, however due to the attractive features described above, its application to a multitude of other areas is being explored.

The first of these would be the development of smart contracts – agreements where the obligations agreed to between the parties would be automatically enforced by computer code. For example, a deposit payment could be automatically transferred from the purchaser to the vendor in a sale of goods or property transaction upon the electronic execution of the contract by both parties, or a derivative being paid out once a financial instrument meets the intended targets. The automated transfer would be effected by making use of the blockchain technology and a cryptocurrency such as Bitcoin or Ethereum.

The Internet of Things (IoT) may well be the next great technological breakthrough. Simply put, the IoT refers to the computerised management of electronic devices via a network, using a combination of software, sensors, checks and permissions to enable the automated remote control of electronic systems. Smart contracts will initially make this limitedly possible, however advanced and sophisticated systems will eventually pave the way for mass-scale automated systems management, handling everything from fault detection and predictive malfunction maintenance to placing orders for required parts, spares and stores which the electronic device or system needs in order to function. The IoT will enable self-operating and self-regenerating machines.

Blockchain also finds purpose in supply chain auditing, facilitating the combat of fraud in several economic sectors, such as the diamond and food industries. The technology is attractive for fraud detection and prevention purposes since the entire transaction history of a single diamond or food item would be publicly traceable along the chain all the way back to its origin, without involving a number of individuals and entities and doing away with different, paper-based methods of record-keeping which can easily be lost, altered or destroyed. In similar fashion, anti-money laundering and know-your-customer procedures may also benefit from blockchain. At present entities required to conduct these exercises carry out repetitive, expensive and time-consuming procedures for each new client, but blockchain would enable institutions to cross-check and verify client data already stored on the network by other businesses, thereby greatly reducing the inadequacies of the currently used systems while simultaneously promoting analysis and verification effectiveness and monitoring.

The technology may also benefit stock markets and fundraising initiatives. Stock market transactions would become almost instantaneous through peer-to-peer execution, with the potential effect of removing intermediaries (banks, auditors, agents etc) from dealings. Crowd funding has taken on a new form through the utilisation of initial coin offerings (ICOs) by startup companies to fund their projects. The possibility of blockchain giving rise to increased economic co-operation via the development of venture capital funds established through crowd funding has also been mooted.

Such is the multitude of other areas and processes which may be improved by the technology, for instance the potential to enhance the efficiency of stock market transactions and the safeguarding of intellectual property rights, as well as positive impacts on governance (through transparency and the publicising of transactions and information) and file storage (by utilising decentralisation to combat hacking, altering and destruction of data) that it is difficult to highlight all of blockchain’s uses here.

Blockchain is a form of ‘disruptive technology’ which has the power to significantly alter the way in which business is conducted, as can already be seen with cryptocurrency transactions which do not involve banks or other financial institutions. However, it is also fraught with myriad issues including both legal and regulatory risks. Due to the nature of blockchain and its mode of operation, the challenges it faces include jurisdictional, liability, enforcement, data privacy and intellectual property concerns. Analysing all potential legal pitfalls is beyond the scope of what is intended to be a brief article on the subject, however the following will serve to illustrate certain conundrums.

As there are no geographical restrictions with respect to the location of nodes, blockchains will undoubtedly and by their very nature cross State borders and jurisdictions. It is unreasonable to expect a blockchain to be compliant with the legal systems of each country in which a node is located, yet each State connected to the blockchain may claim jurisdiction in case of a dispute. Moreover, there exists a lack of harmonisation across the globe with respect to key legal principles in this regard, such as those relating to the validity and binding nature of contracts, title to property and liability regimes in dispute scenarios are not uniform among jurisdictions. Although it may be possible to determine the territory in which the claim arose (and that State would accordingly have the right to exercise jurisdiction and competence over the matter) it is advisable for all parties to agree on the insertion of an exclusive choice of law and jurisdiction clause to govern their respective rights and obligations.

The benefit of smart contracts was outlined above, and self-executing contracts would certainly ease parties’ concerns over the fulfilment of obligations. Questions however arise as to the enforcement of such contracts. Blockchains operate based on the pillar of decentralisation, and may not cater for an entity, such as an arbitrator, to oversee and rule on contentious matters. Pioneers of smart contracts should therefore agree on a means of dispute resolution to be written into the code.A further concern would relate to the incorrect execution of, for example, a payment obligation. At present, there is no reversal mechanism in such cases. It may be possible to allow the recipient of such payment the possibility of confirming that the transfer was made erroneously, however this will require human input and is not in line with the premise of smart contracts as self-executing programs.

Blockchain technology, it has been claimed, may have a similar impact on business as the internet had on communication. From a legal standpoint, however, there are several matters which merit consideration before one is fully aware of the risks involved.

If you wish to discuss any matter in relation to legal matters concerning blockchain technology, kindly contact Dr. Giles Xuereb and Dr. Antoine Camilleri. We would also encourage readers to regularly check for new publications and updates concerning blockchain and related technologies which will be made available through our website.

The following sources contributed to the publication of this article:

1)What is Blockchain Technology? A Step-by-Step Guide for Beginners – an in-depth guide by Blockgeeks

​Disclaimer
This document does not purport to give legal, financial or tax advice. Should you require further information or legal assistance, please do not hesitate to contact Dr. Giles Xuereb and Dr. Antoine Camilleri.