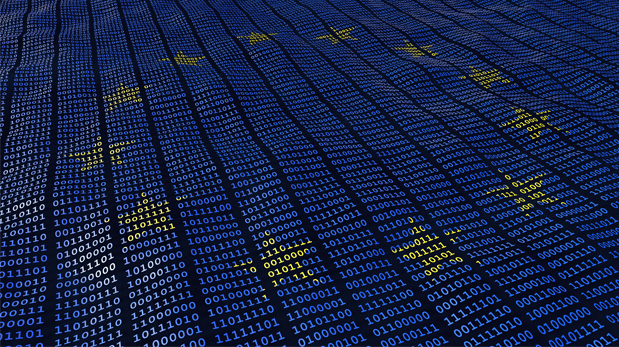 By Luke Mizzi28th August 2018No Comments

This article was written by Luke Mizzi and Tessa Borg Bartolo

As Europe was still digesting and implementing the provisions of the Fourth Anti-Money Laundering Directive in 2016, a fresh proposal was drawn up by the European Commission for a new legislative initiative to cater for recent economic and political developments throughout the globe which demonstrated crucial loopholes in existing Anti-money laundering legislation. Of particular concern to legislators was the growth and evolution of terrorist financing as well as revelations such as Swiss leaks and the Panama Papers which shed light on a number of key deficiencies in the global financial services ecosystem. This was coupled with the increasing popularity of new innovations such as virtual currencies, which have also brought about new regulatory challenges.

The proposal eventually evolved into the Fifth Anti-Money Laundering Directive (“5th AMLD”) which was adopted by the European Parliament on the 19th of April 2018 and was published in the Official Journal of the European Union on the 19th June 2018.The new directive shall extend the accessibility of the information contained in the newly established registers of beneficial owners which are currently being set up across EU Member States. Furthermore, it directly addresses the money laundering threats posed by virtual currencies and prepaid cards. The 5th AMLD also contains various provisions which aim to strengthen Financial Intelligence Analysis Units (“FIU’s”) and the due diligence procedures which subject persons are required to carry out on individuals and entities from high-risk jurisdictions.

European legislators shall also be introducing appropriate mechanisms to combat inadequate, inaccurate or outdated information on beneficial owners within registers by giving competent authorities the ability to report any discrepancies found. It is a requirement for Member States to ensure that appropriate actions be taken to resolve the discrepancies in a timely manner and, if appropriate, a specific mention be included in the central register in the meantime.

The access to such Beneficial Owner information is subject to the protection of said Beneficial Owner with regards the additional exposure to risk of extortion and harassment of the persons concerned.

The 5th AMLD also addresses the developing sector of virtual currencies in an effort to stay ahead of recent trends and innovations. Such new initiatives pose a number of challenges to legislators of Anti-money laundering and terrorist financing legislation.

The notions of exchange services between virtual and fiat currencies, and custodian wallet providers have been introduced. Such notions are addressed through the duty of the Member States, to ensure that the providers of such services are fully registered with the necessary authorities. It is firmly established that virtual currency platforms and wallet providers shall be considered ‘obliged entities’ and so are deemed to have the same responsibilities as other obliged entities, such as monitoring transactions and effectively implementing customer due diligence.

Empowerments with regard to virtual currencies are to be established to maintain a central database of users’ identities and wallet addresses along with self-declaration forms for virtual currency users and are to be made accessible to FIU’s.

Prepaid cards were also tackled in the proposed amendments in relation to the limits of monthly payment transactions and the maximum amount stored electronically. Both limits were reduced from €250 to €150. In the case of redemption of the monetary value of electronic money, the amount was of €100 was replaced with €50, along with the addition of a definition of ‘remote payment transaction’, as provided in article 4 of Directive 2015/2366 (EU). [1] The requirements outlined within the Directive are to be followed with appropriate diligence as if they are not met, payments made through anonymous prepaid cards issued in third countries may not be accepted by credit and financial institutions acting as acquirers. Member States are also capable of refusing territory payments carried out using anonymous prepaid cards.

The proposed amendments also aim to strengthen the powers of FIU’s. In order to achieve this, centralised automated mechanisms such as central registers or central electronic data retrieval systems are to be made available to FIU’s and competent authorities.

This is being done by setting up central registers and it implies the ensuing accessibility to Beneficial Owner information for FIU’s. Member States are to ensure that registers collecting and holding information are to be interconnected via the European Central Platform. The information available in the registers is to be retained for between five to ten years after the corporate or legal entity, or trust, has been struck off from the register. The Commission’s implementing acts for the interconnection of registers across Member States was also introduced. Member States have the obligation to provide FIU’s and competent authorities with access to information contained in registers or electronic data retrieval systems. FIU’s shall now be able to ‘request, obtain and use information from any obliged entity‘, even if no prior report is filed. They are also entitled to all necessary information provided ‘directly’ and ‘at its request’ by obliged entities. FIU’s are able to exchange information regardless of the type of associated predicate offence and even if the offence is not identified at the time of exchange. FIU’s responding to requests for information from another Member State’s FIU are obliged to transfer the answers promptly and obtain such information. Such authorities shall be obliged to designate at least one contact person to receive requests for information from FIU’s in other Member States. The refusal of granting information by a requested FIU is no longer justified in the case of such dissemination being disproportionate to the legitimate interests of a natural or legal person or the Member State of the requested FIU. These amendments in relation to the exchange, dissemination and use of information are not to be limited by differences in national law. The framework of FIU’s cooperation with third countries is to be assessed by the Commission by 1st June 2019, including the possible establishment of a coordination and support mechanism. The implication of these amendments is to fortify the reach and influence of FIU’s and, in doing so, aid in supporting the cause of combating money laundering and terrorist financing.

The last major topic of amendment was that of enhanced due diligence for high-risk countries. Previously, such procedures were left in the hands of individual Member States. However, the new amendments attempt to align such procedures with a more consistent standard.

With regard to high risk third countries, the Commission is empowered to adopt delegated acts, taking into account strategic deficiencies in the availability of accurate and timely information of the beneficial ownership of legal persons and arrangements to competent authorities, along with the ‘powers and procedures of the third country’s competent authorities’, including sanctions, cooperation and exchange of information with Member States’ competent authorities. Member States shall require obliged entities to examine the background and purpose of all transactions given that they are either complex, unusually large, conducted in an unusual pattern or do not have an economic or lawful purpose. The obliged entities shall increase the nature and degree of monitoring in determining whether the transactions or activities are suspicious. Among a list of customer risk factors at potentially higher risk, a customer being a third country national who applies for residence rights or citizenship in the Member State in exchange of capital transfers, purchase of property or government bonds, or investment in corporate entities was added.

Enhanced due diligence measures on behalf of Member States with respect to high-risk third countries include obtaining information on the customer, beneficial owner, intended nature of the business relationship, source of funds, source of wealth of the customer and beneficial owner and reasons for intended or performed transactions. Further additional mitigating measures have been introduced, including application of additional elements of enhanced due diligence, enhanced relevant reporting mechanisms or systematic reporting of financial transactions and the limitation of such business relationships and transactions with high-risk third countries. Measures taken include the refusal of establishment of subsidiaries, branches or representative offices of obliged entities, prohibiting obliged entities from establishing branches or representative offices in the country concerned and requiring increased supervisory examination or external audit requirements from the country concerned.

Member States are to uphold the responsibility of placing customer due diligence measures on their credit and financial institutions when entering into a business relationship with and involving the execution of payments with a third-country respondent institution.

Amendments to customer due diligence measures with regards to PEP’s (Politically Exposed Persons) have also been introduced. One such amendment included the duty of Member States to request, acquire and issue a list of prominent public functions to the Commission. Member States also have the duty to ensure that competent authorities do not refuse a request for assistance on the grounds that it involves tax matters, National law requires secrecy or confidentiality on said matter except in cases of legal privilege, in the presence of an inquiry, investigation or judicial proceedings underway in the Member State and the nature or status of the requesting counterpart competent authority is different from that of the requested competent authority.

Since the publication of the 5th Anti-Money Laundering Directive in the Official Journal of the EU on the 19th June 2018, Member States are expected to implement the regulations into national law by June 2020. The stipulated timeline is that of 18 months after publication in the Journal. Further regulations are projected in the future, especially with regards to virtual currencies, both on a national and supranational level.

Disclaimer
This document does not purport to give legal, financial or tax advice. Should you require further information or legal assistance, please do not hesitate to contact Dr. Katya Tua or Dr. Luke Mizzi.